This stage takes us from Cabril to Sirvozelo, covering 16.5 kilometres and on the way passes through several villages that demonstrate to us the richness of the mountains and the culture of the Barroso communities. This is a particularly long stage but it is possible to it in more than one day as it passes through several places where, among others, there are accommodation services.

Take care to look out for the waymarks and signposts for the GR50 as there are several intersections and branches along this stage, as well as other marked routes. The signposts relating to the GR50 are clearly identified and, along this stage, are numbered from 16.1 to 16.73 (a numbered plate attached to signposts, the supporting post of information panels or direction mark). Always follow the GR50 waymarks and signs that indicate the direction of ‘Sirvozelo’

We begin the walk in the centre of the village of Cabril, next to Largo 1º de Maio, where the old fountain and the community wash tank are still preserved. We head north, along the tarmac road that leads through the village, changing direction to the right after passing the Águia Real café and where we enter a ramp with metal handrail. After passing up the steps, we turn back to the right, climbing the slope by way of narrow tracks and forestry roads. We walk for about a kilometer, passing through wooded areas and scrub until reaching an area of agricultural fields, where we change direction. We take the track to our right, heading south, walking along the slopes of São Lourenço, until we invert direction again, taking the track on the left alongside the crossroad where there are some shrines. We continue and after about 600 meters we enter the farm track that leads us to the village of S. Lourenço.

After visiting S. Lourenço, where we can see a group of traditional houses, the communal threshing floor, espigueiros, fonts, communal wash tank and chapel, we resume the walk, leaving the village along the cobbled track named Rua da Tapada, which quickly turns into a narrow way. We continue, heading to the north, crossing areas of pine woods and heathland, with the backdrop of the Cabril stream valley and the Gerês mountains. Further on we meet another path, in a kind of crossroads and next to the ruins of the ancient olive press of S. Lourenço. We continue by passing in front of the old olive press for 200 meters then we veer onto the path that appears on our left and which takes us to the charming village of Chelo. We pass Largo do Rigueiro, where the cross, font and communal wash tank remain, leaving the village by the track at the northern end of the village and then entering a wide track that takes us up to the slope of Xertelo’s Fojo do Lobo. We continue with superb views of the Cabril valley and rocky mountain tops.

We climb up the slope alongside Xertelo wolf trap on its eastern side until reaching the point where the massive stone walls converge near its pit. After the stiff climb, we have the opportunity to rest and appreciate the magnificent Xertelo Fojo do Lobo before heading to the village. In Xertelo, where a few remaining families still depend on agriculture, we can really appreciate the Barroso at its most profound and bucolic. We walk through the village along the road at the top, following Rua da Cortinha, next to Xertelo Chapel, and leave the village by following the narrow track that leads onto the municipal road. Here we turn to the left, following the road for about 300 meters and then turn right, following a path that makes a short cut into the village of Azevedo, a truly wonderful viewpoint over the valley of the River Cávado.

In Azevedo we come across the same attributes that are found in the other villages of Cabril. The same style of houses, the chapels with their similar architecture, the roads, the same bucolic atmosphere. Attention is immediately drawn to the old primary school building, a sign that there were once more children in this village!

We leave the village at its extreme north end, climbing uphill on a path that leads us back on the tarmac paved road. After passing the cemetery, we veer right onto a granite paved track to reach Lapela, then walking through an area of lameiros (water-meadows). This is another typical Barroso village with traditional houses, a chapel, communal washing tank and the usual square with a cross, fountain and drinking font for animals. In the village it is worth mentioning casa Cabrilho, where the Portuguese navigator, João Rodrigues Cabrilho, was born, supposedly the first European to land in the present-day State of California.

We leave the village along a track between fields and begin to descend towards Corga de Trás da Meda, crossing the brook on a wooden bridge. We continue along the track with the River Cávado on our right and soon reach the Cavadas brook where we can make a small detour to see the famous Cela Cavalos waterfall, taking a rest before we begin the climb up to Cela. Once more back on the route we are facing an uphill climb over about 1.5 kilometers before reaching the Chapel of Santa Luzia, situated in an isolated spot with an unobstructed view over the Cavado valley. But a few metres from here we reach the beautiful village of Cela, where we are once again waiting for us are beautiful granite houses, the square with its cross, water fountain and the wash tank. We leave the village by way of the granite paved track that leads off to the right of the main road (which is on asphalt), descending until we cross over a small stream and then make the final climb up to Sirvozelo, where this long walk ends. Even tiredness will not stop us from visiting this fantastic village where large granite blocks become confused with houses and centuries-old oaks are rustling their leaves. 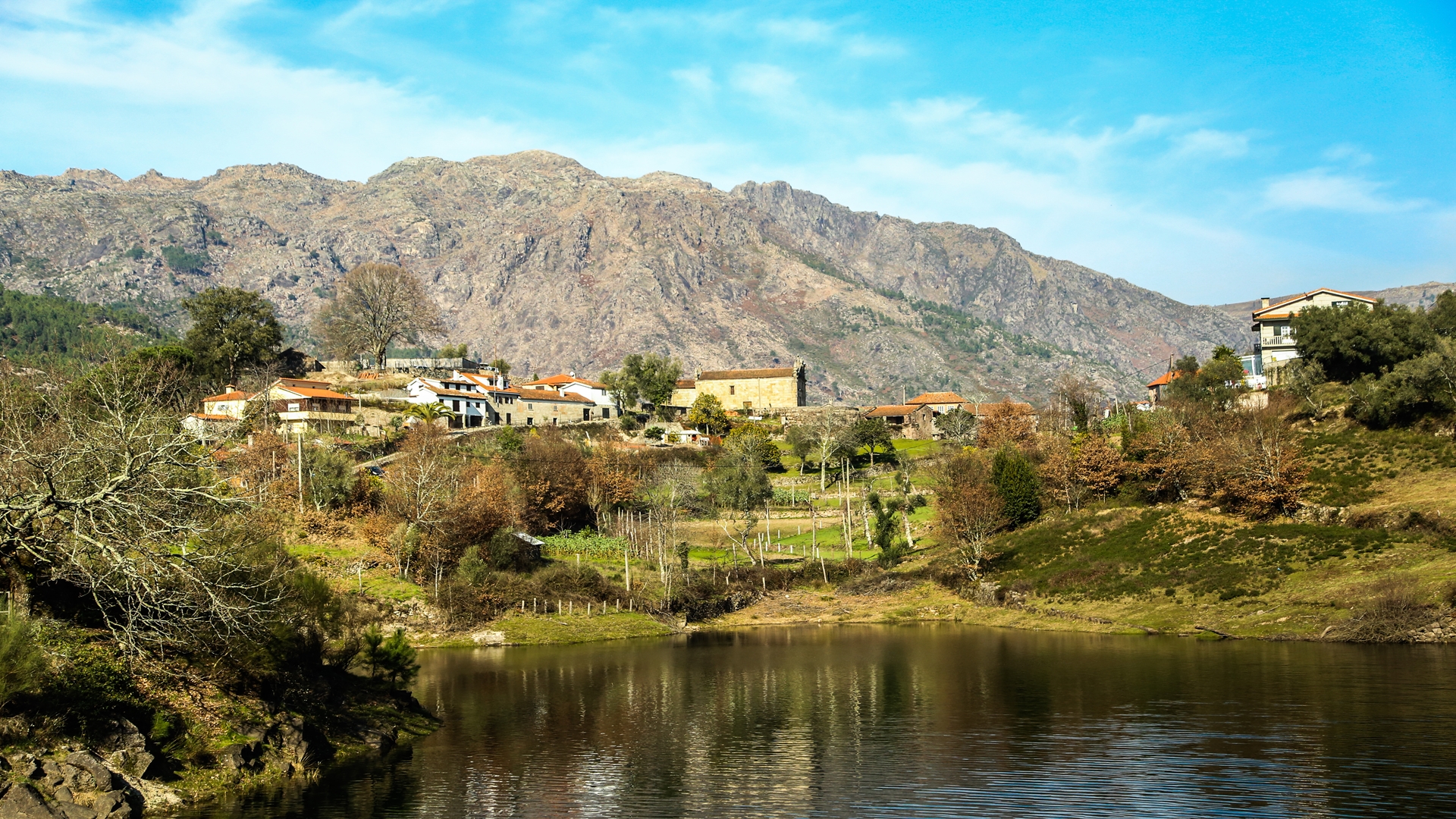 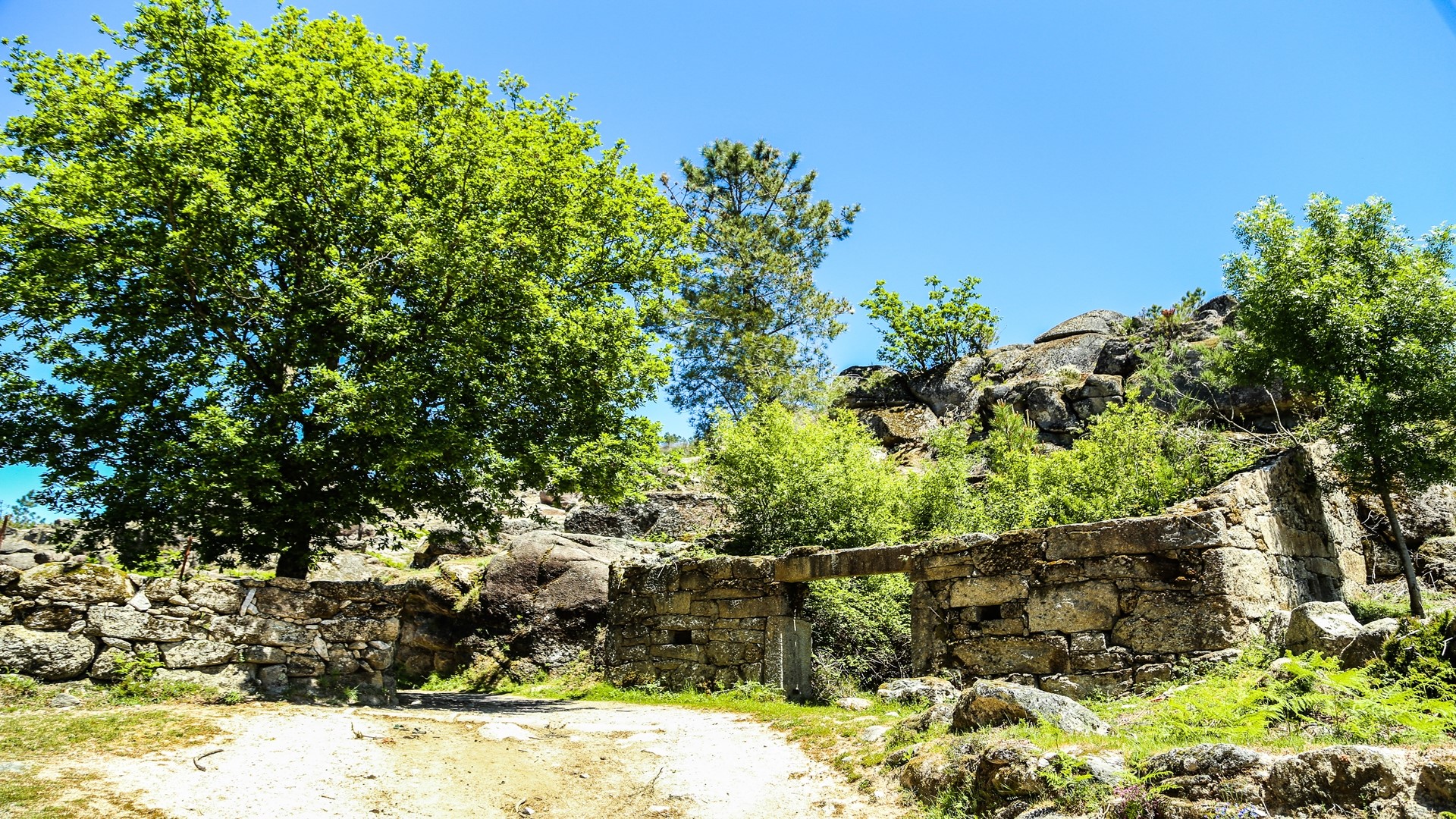 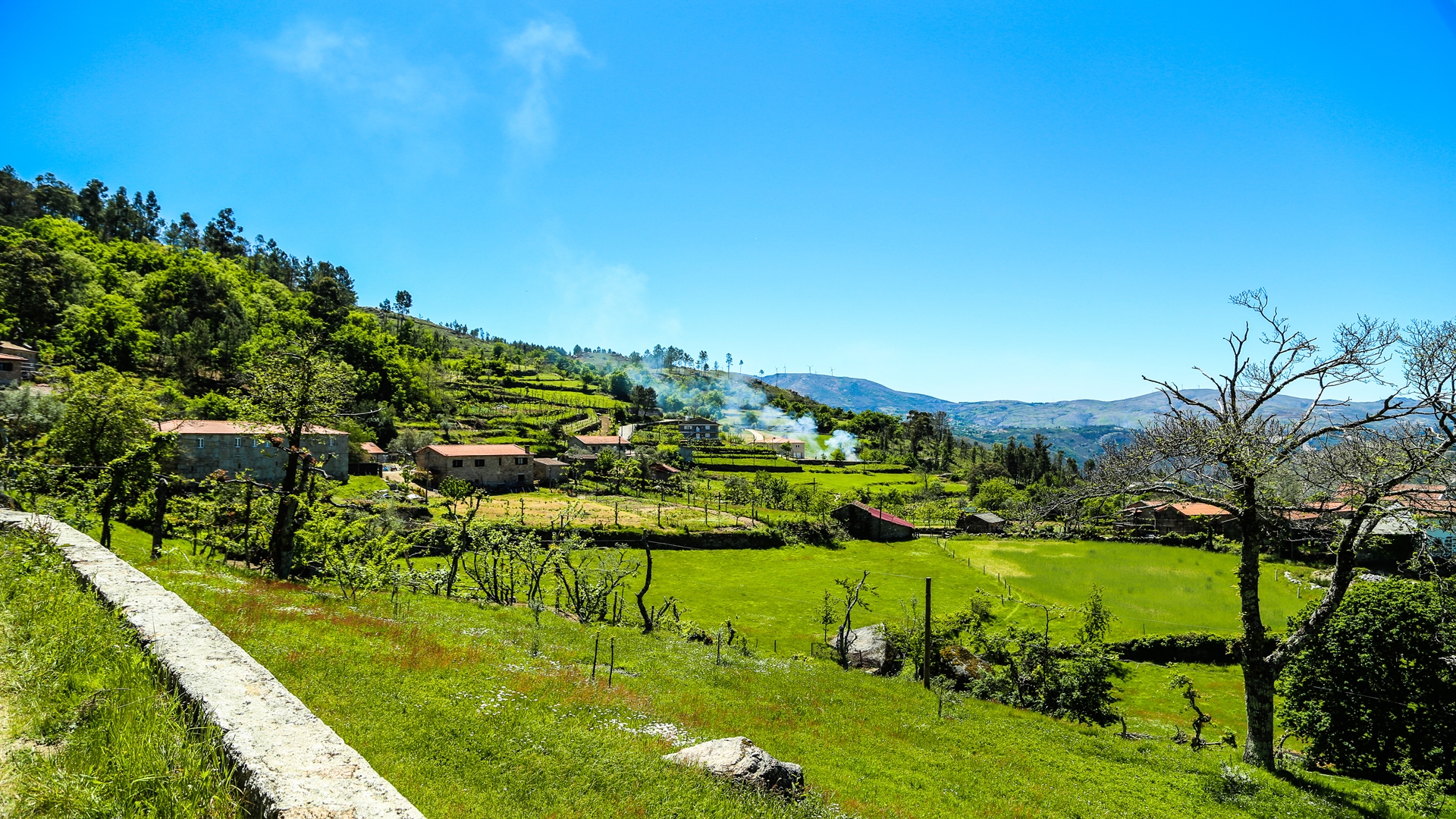 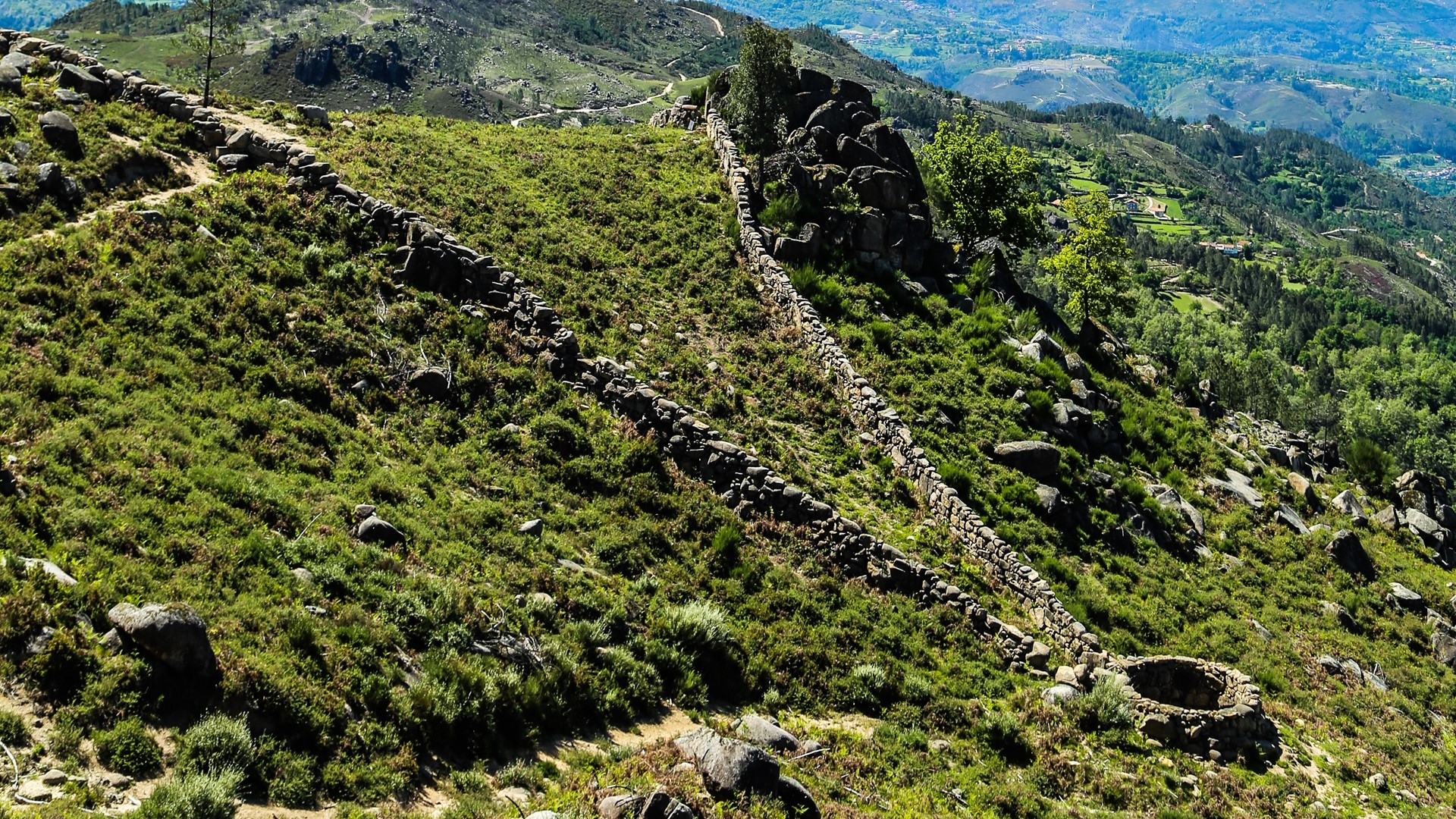 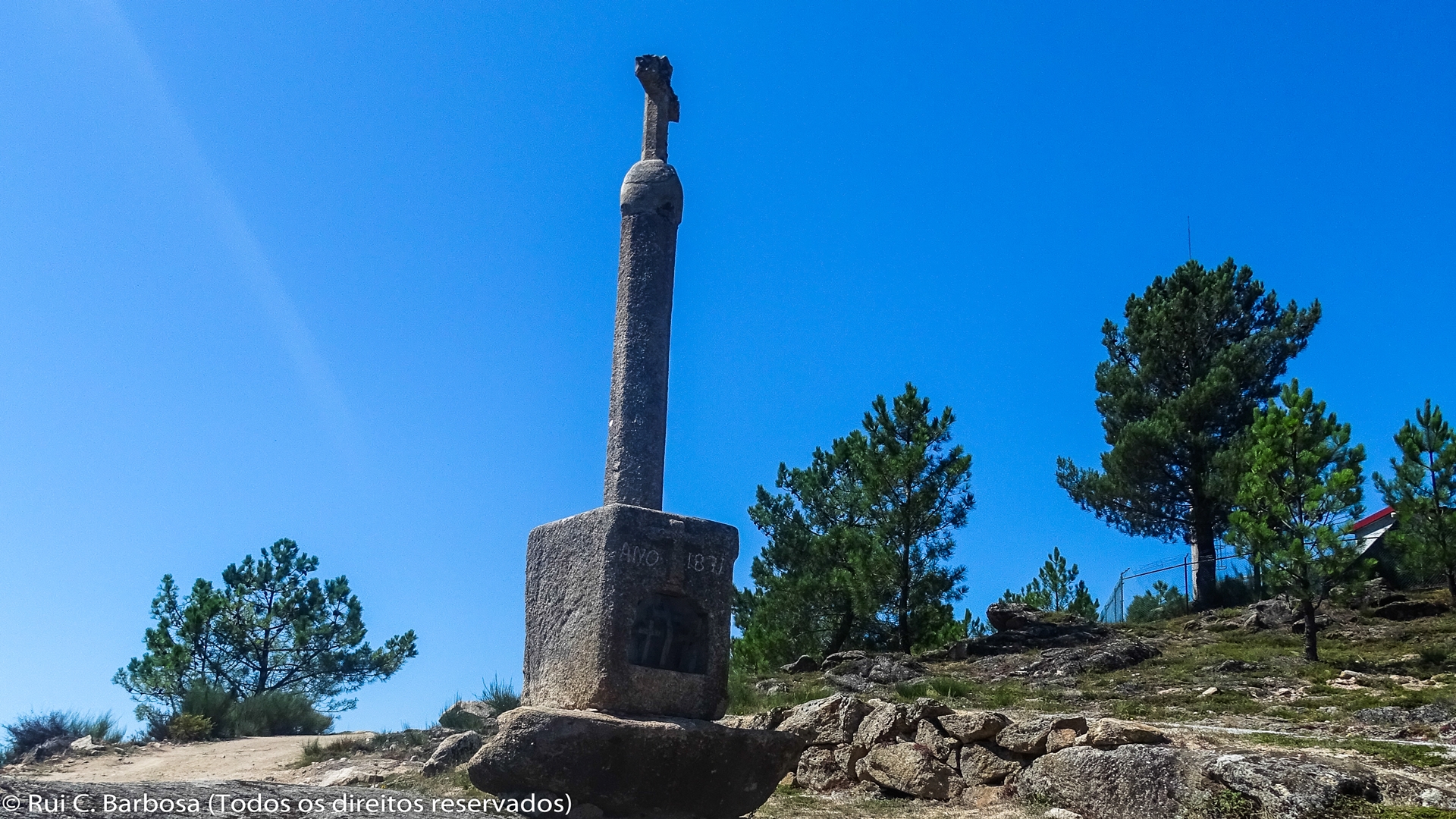 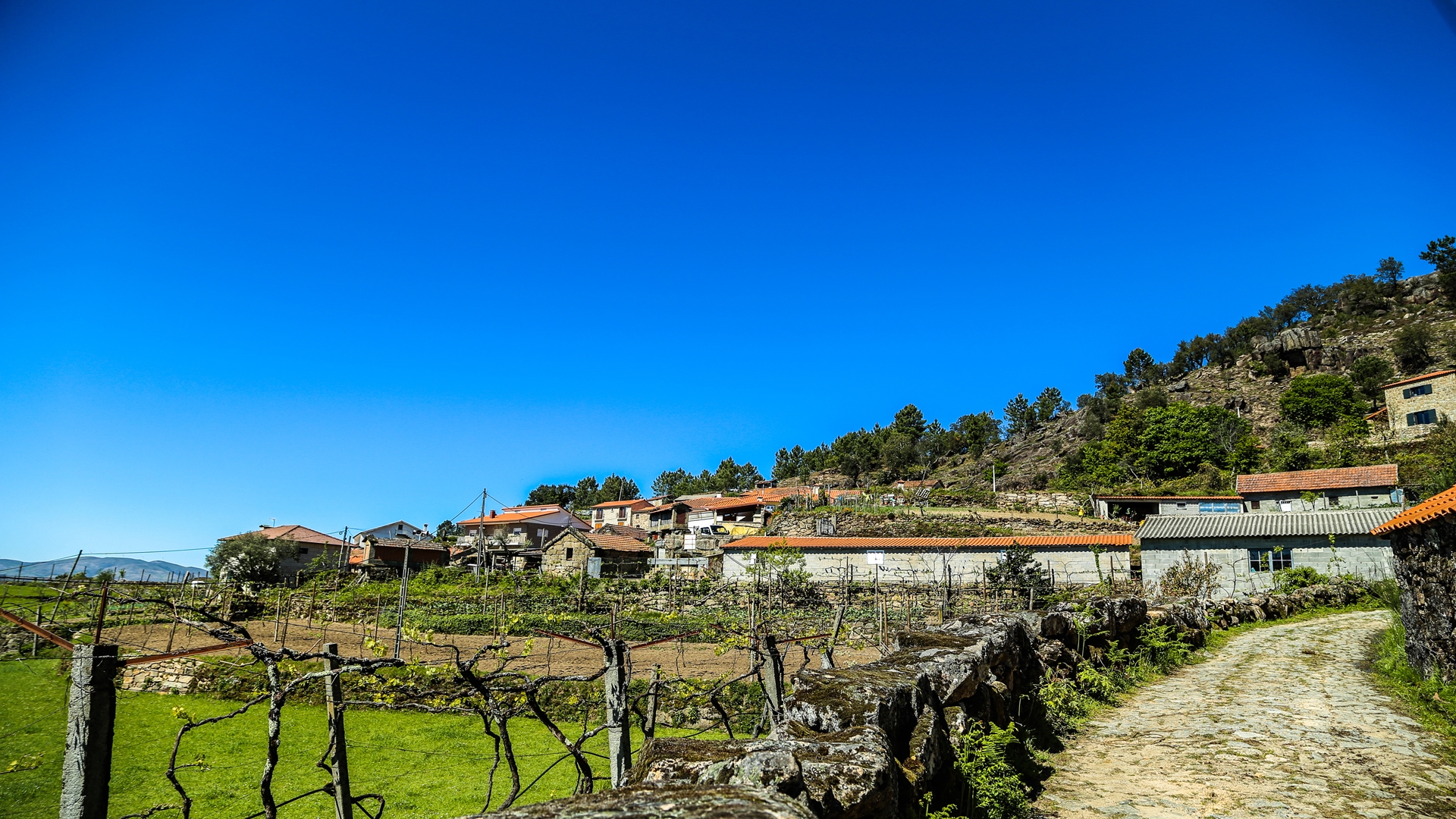 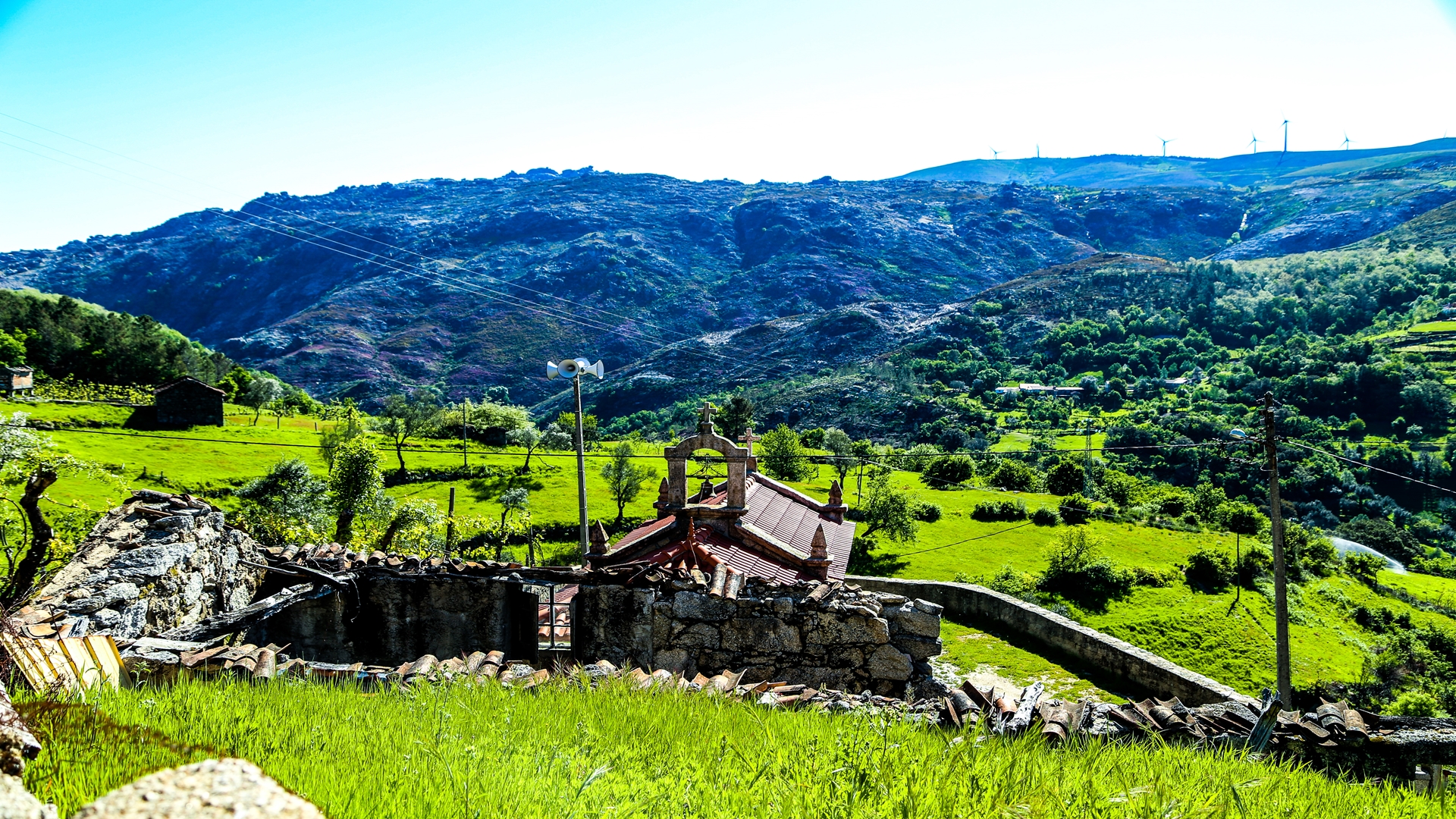 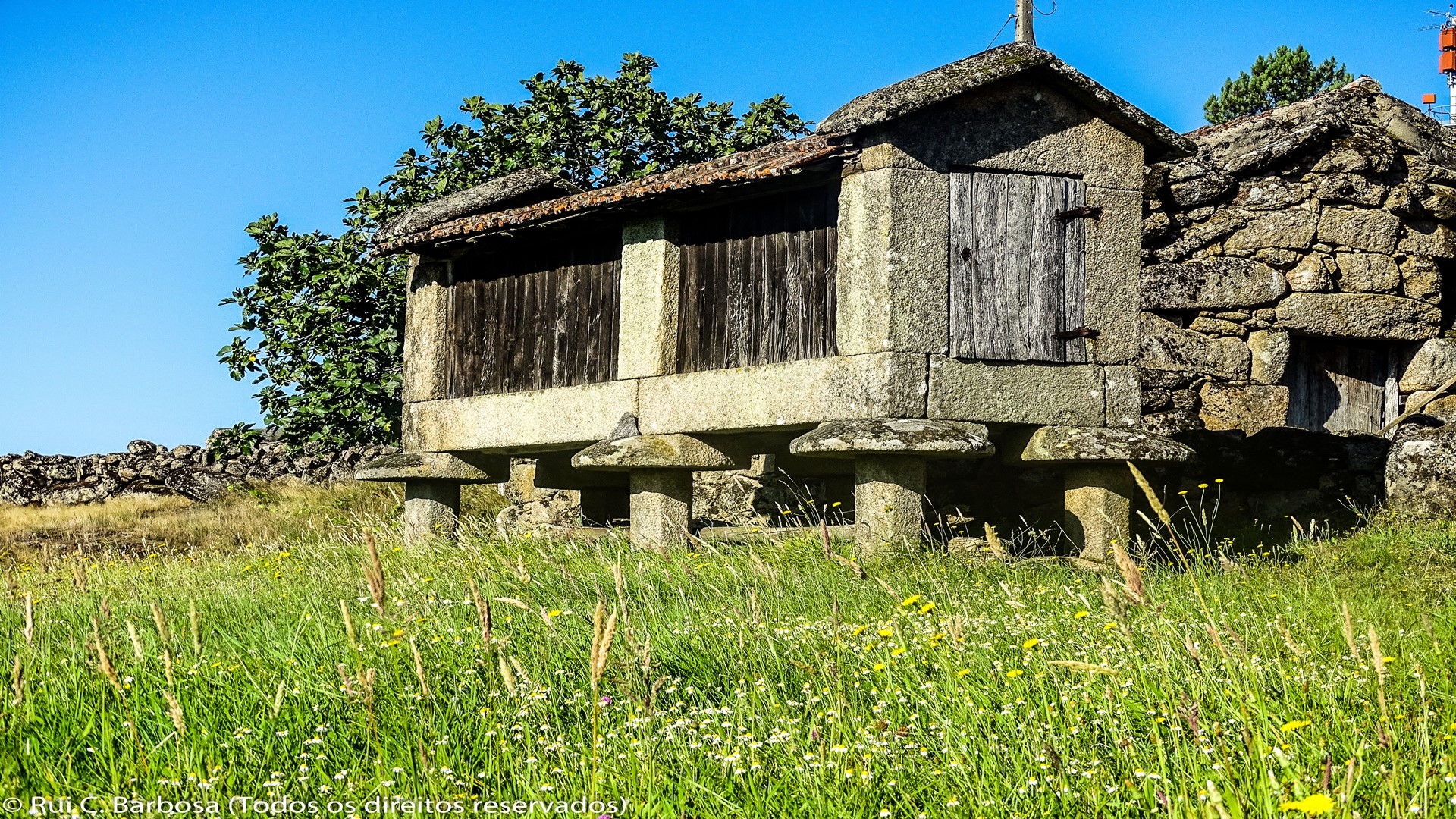 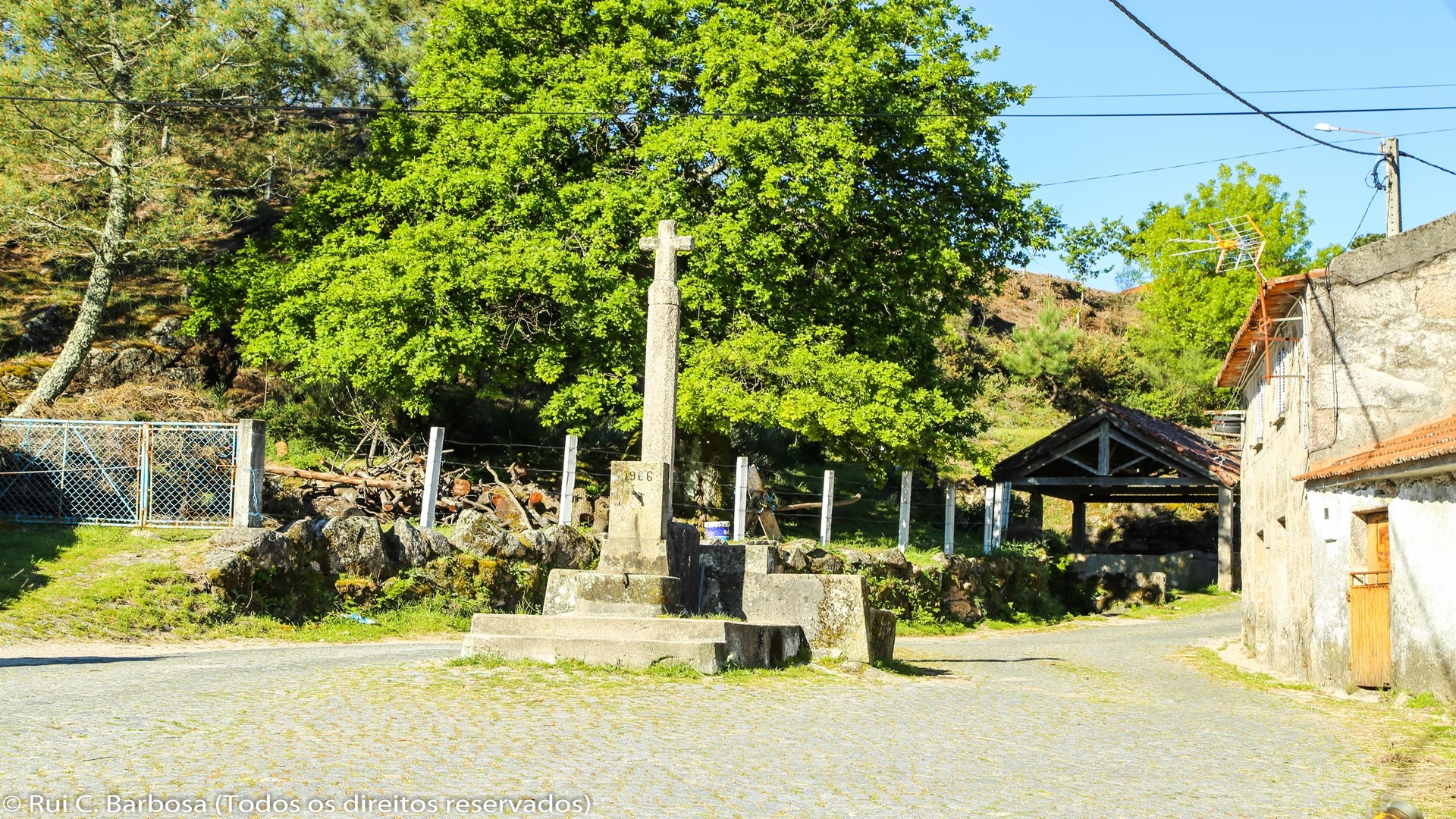 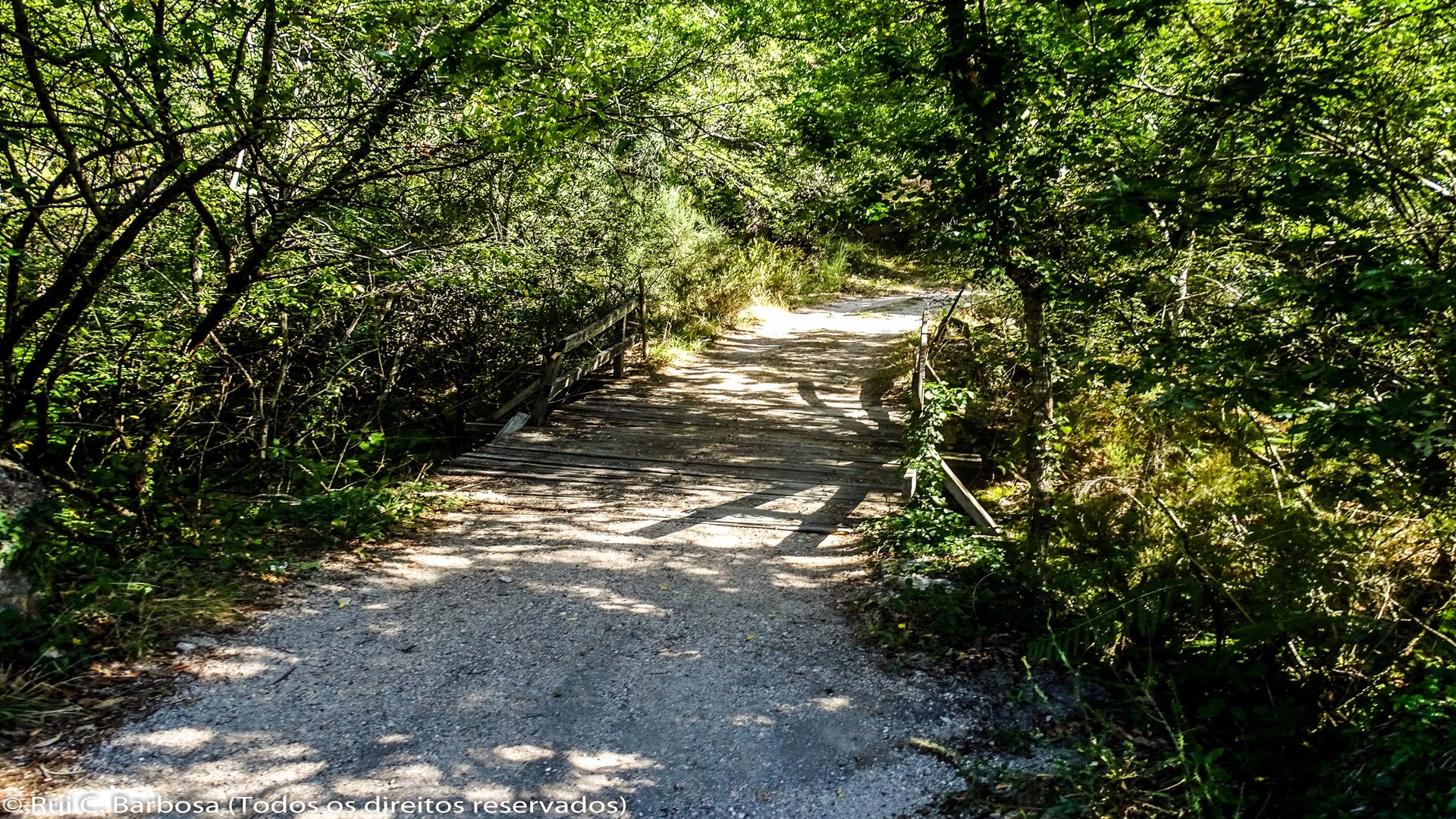 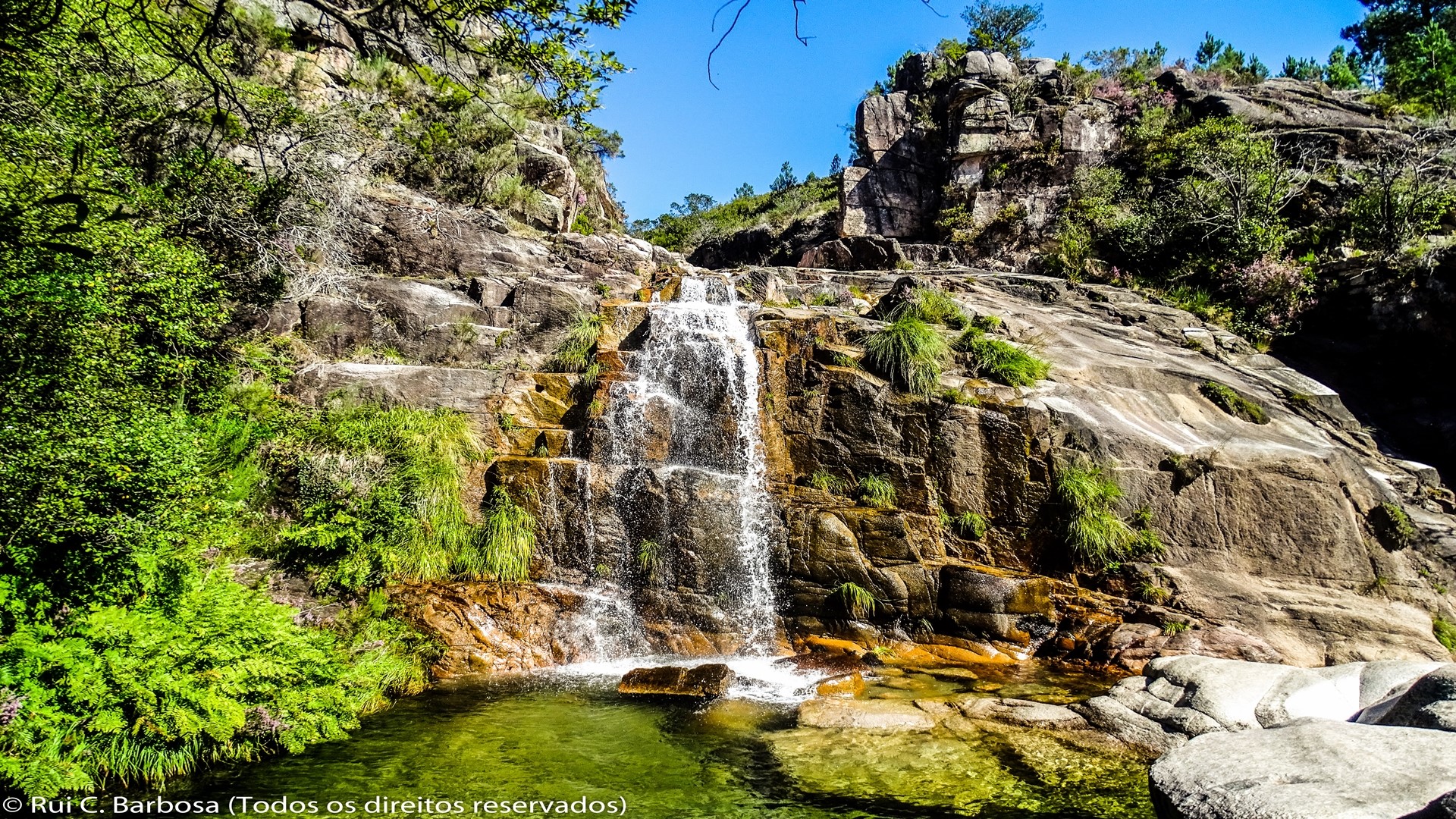 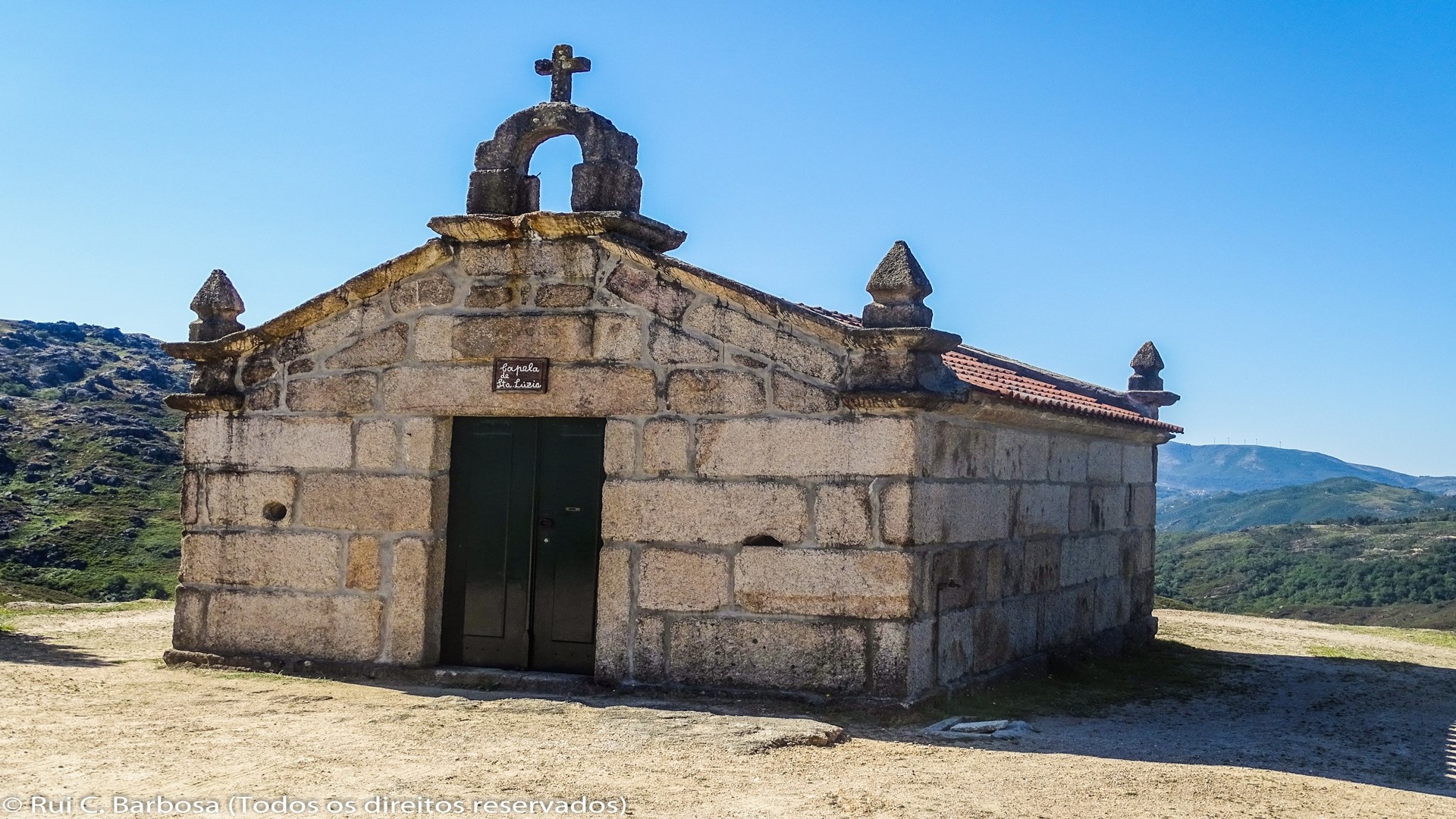 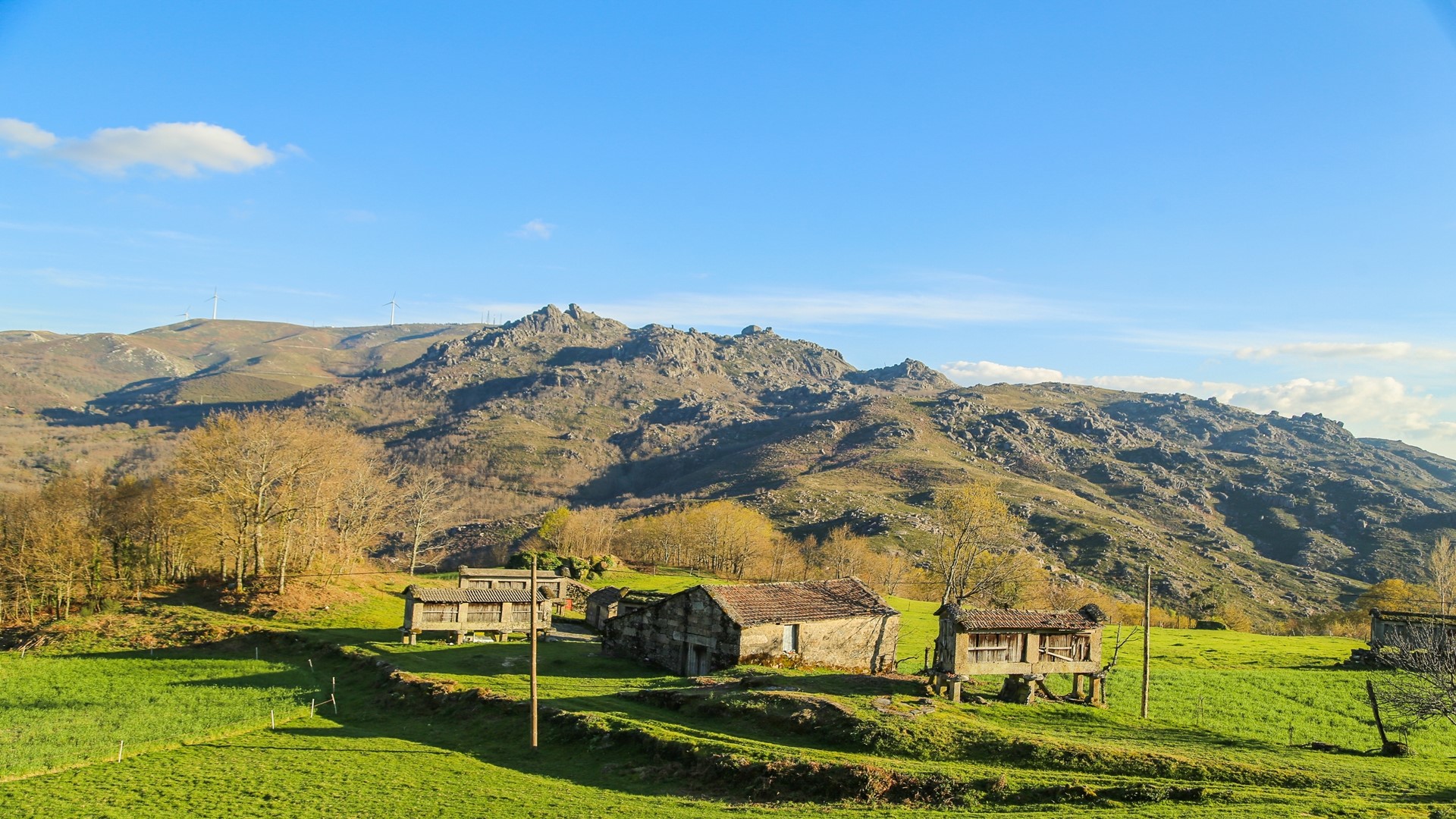 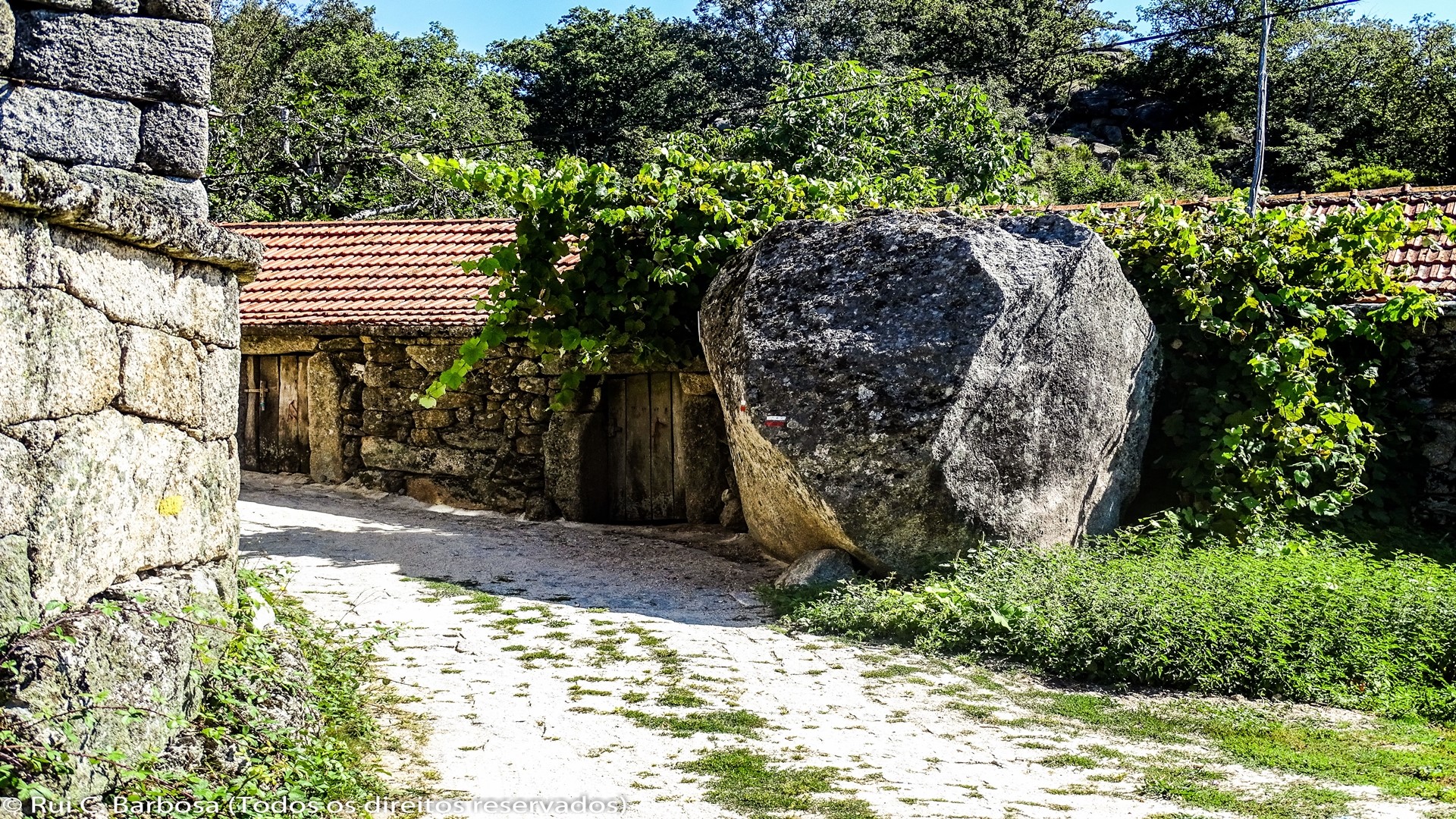 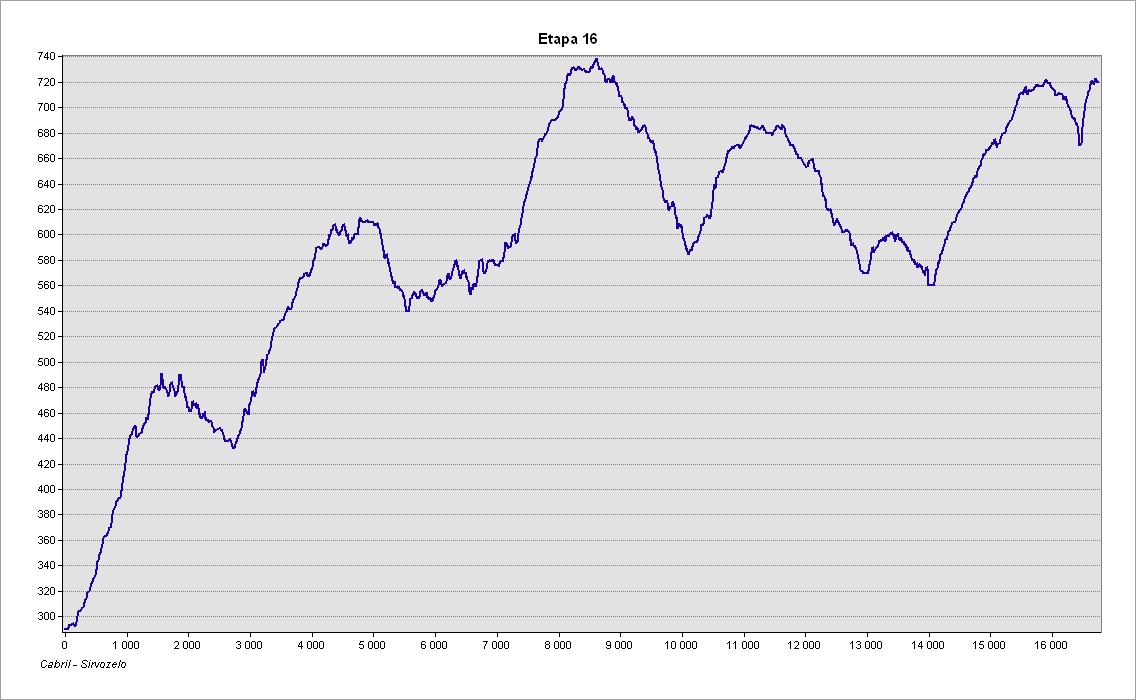