The walk begins in Soajo and covers about 17.5 kilometers before reaching Lindoso. This stage is particularly long but it is possible to break it into more than one day as there are several places along the way where there are accommodation and eating services, among other facilities.

Take care to look out for the waymarks and signposts for the GR50 as there are several intersections and branches along this stage. The signposts relating to the GR50 are clearly identified and, along this stage, are numbered from 7.1 to 7.74 (a numbered plate attached to signposts, the supporting post of information panels or direction mark).

The stage begins at Soajo market ground and follows westward for about 40 meters on the municipal road (EM-530) until reaching a waymarked left turn. We join a farm track that leads us through the meadows of Soajo. Follow the gr50 marks taking care at the forks in the track along the way. On reaching the EM-530 again turn left, walking on asphalt for about 100 meters, then bearing right, onto a secondary road. A few meters ahead leave the asphalt and follow along an old cobbled farm track, flanked by walls, leading you back to the EM-530 and into the hamlet of Vilarinho das Quartas, still in the parish of Soajo. The waymarks and signposts will guide you through the village.

After leaving Vilarinho das Quartas continue on the EM-530, walking towards the Lima River. You will pass over the bridge across the Lima River and then alongside the former Hydroelectric Power Station, leaving behind the municipality of Arcos de Valdevez and continuing the route within the municipality of Ponte da Barca. Follow the road until you reach the first houses. Here take a path off to the left that will take you to the old EDP (Energias de Portugal) housing estate, built in the 1980s (20th century) to accommodate workers who built the Alto Lindoso dam, considered at the time to be the largest hydroelectric power plant and one of the tallest structures built in Portugal.

After leaving the settlement, we cross the main EN 203 road and head to Paradamonte, where we see further examples of buildings and constructions linked to the old infrastructures of EDP. Following the trail markings and after leaving this group of buildings, the route follows a forestry track through Britelo common lands, then passing through the farmlands at Mosteirô, now on a cobbled path which leads us to the Chapel of Senhora da Penha, a small Sanctuary which attracts much devotion amongst the local population. We continue along the paved road for about 400 meters until a right turn is indicated onto a forestry track that will take us to Cidadelhe, now already in the parish of Lindoso. The route does not really enter the village of Cidadelhe, but the way to its centre is indicated as an option for those who wish to visit it.

We resume the route, which will take us on to Parada. It passes through a number of gates which are there to control the movement of the cattle and horses that graze freely on the uplands. Always leave these gates just as you find them (closed if it was closed, or open if you found it open). Between Cidadelhe and Parada the route follows farm tracks, paths and forestry trails, crossing essentially areas of pasture, heath and small hardwood copses, as well as some ravines and water courses.

Getting near to Parada we will cross the Ponte stream where Poço da Gola (natural lagoon) is located before again emerging into an area of terraced fields. We enter the hamlet via Eira do Tapado where there is a group of twenty-one espigueiros (granaries) dating from the eighteenth and nineteenth centuries, similar to those that we will find further ahead by the Castle in Lindoso. After passing through the village the route follows along a cobbled track, leaving this further ahead to continue on a forestry track. In places along the way, where the topography permits, you will be able to see ahead to the Medieval Castle of Lindoso with the group of espigueiros alongside it and, as a background, the waters of the Alto Lindoso reservoir.

Finally we walk again on a granite pavement and reach the Castle in Lindoso where you will find no shortage of points of interest. Outstanding for its historical importance and imposing structures, the nucleus constitutes the medieval castle, stone cross, communal threshing floor and the group of 67 espigueiros. Don’t miss the typical architecture and village streets.

At Lindoso Park Gate you will find information and other facilities. Take the opportunity for a well earned rest after this long stage by experiencing the gastronomy and staying in one of the rural tourism houses that this village has to offer. 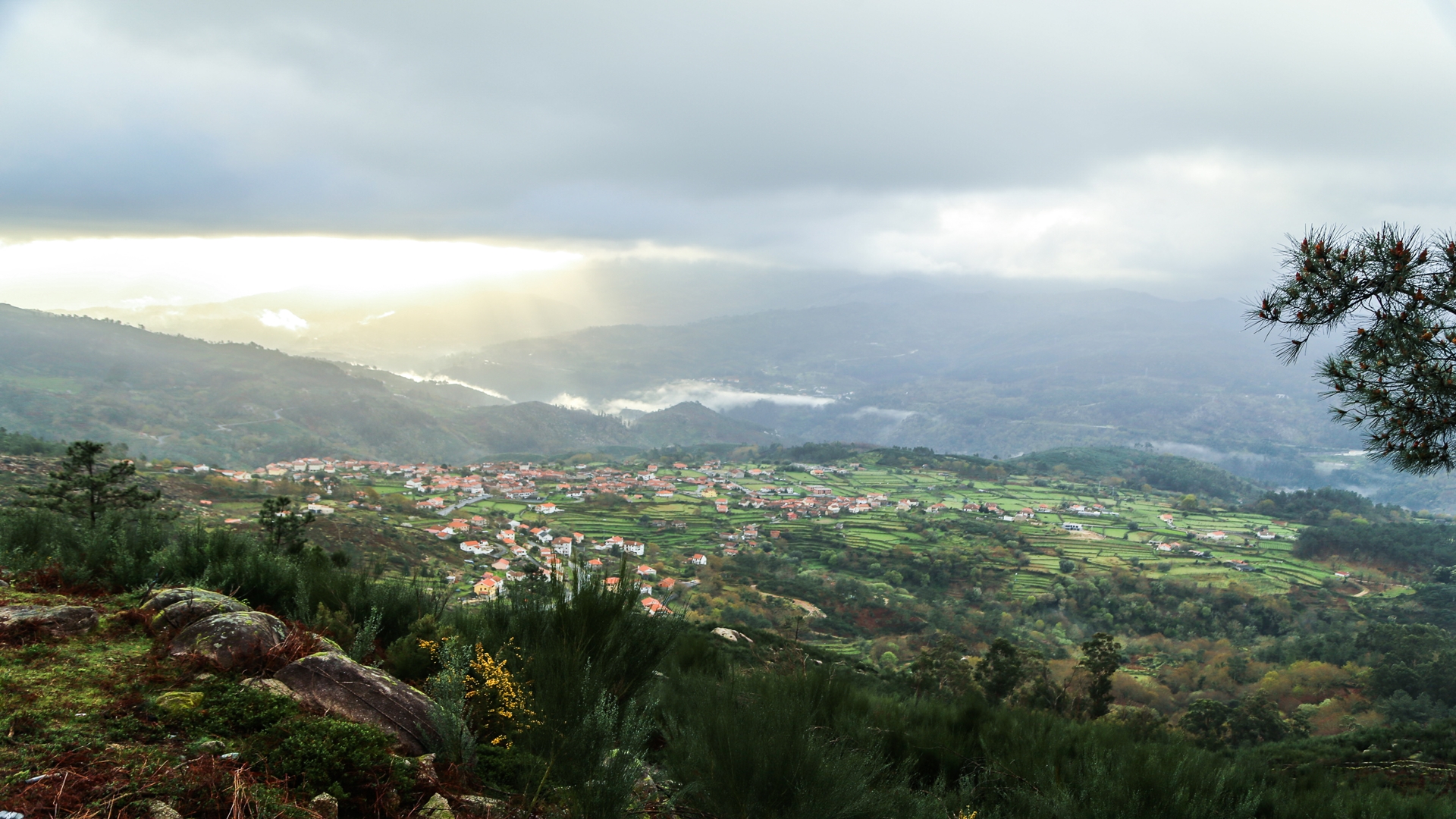 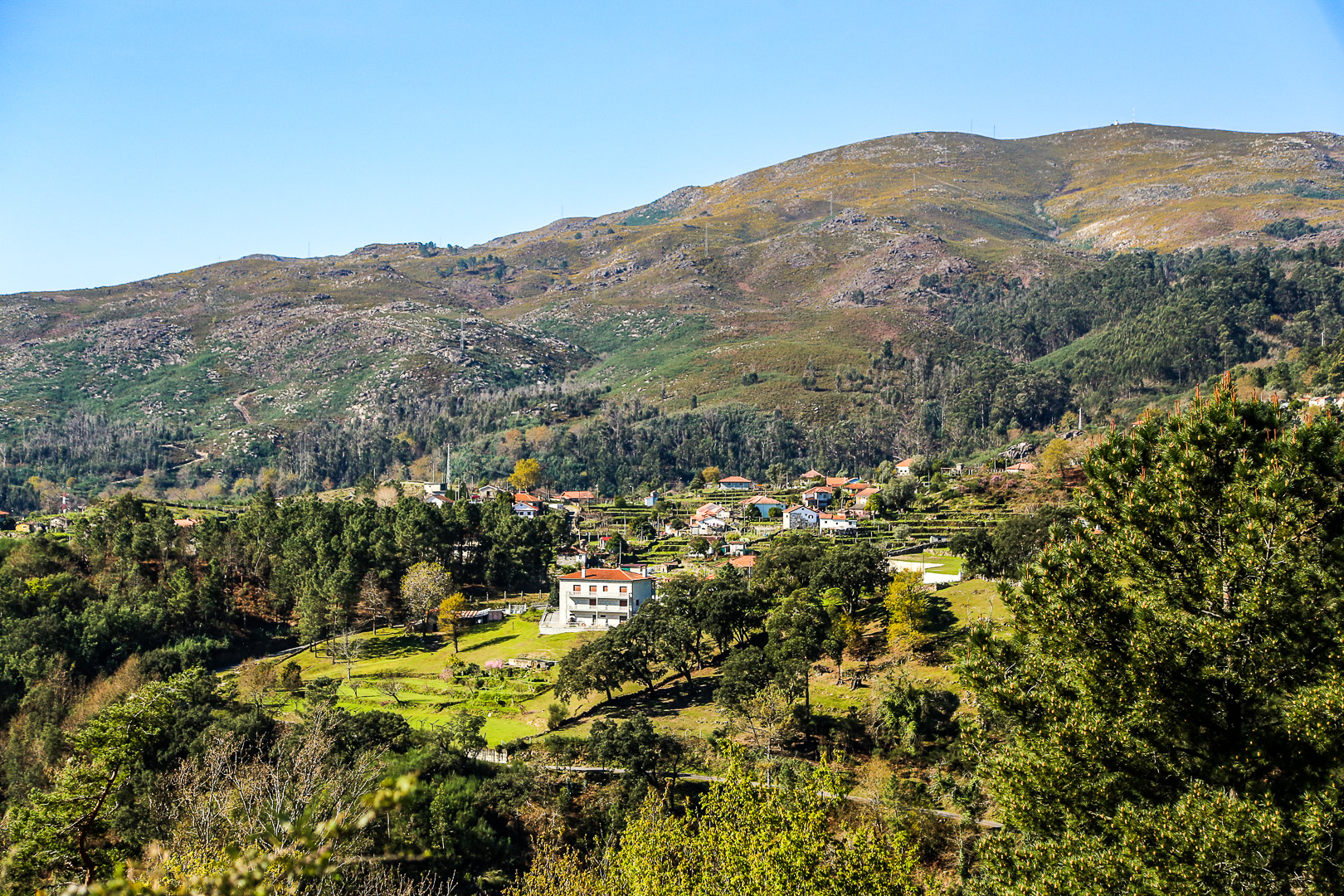 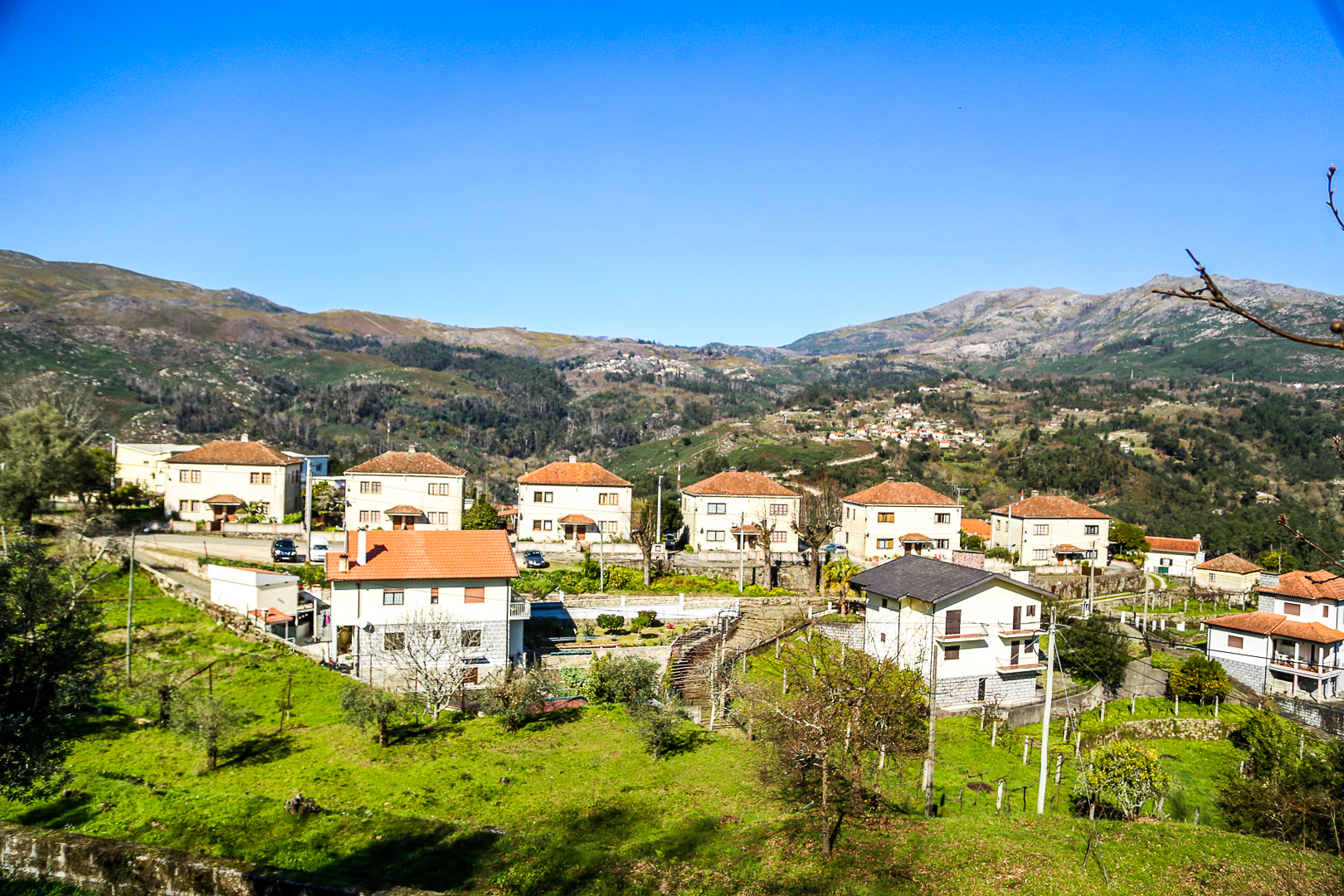 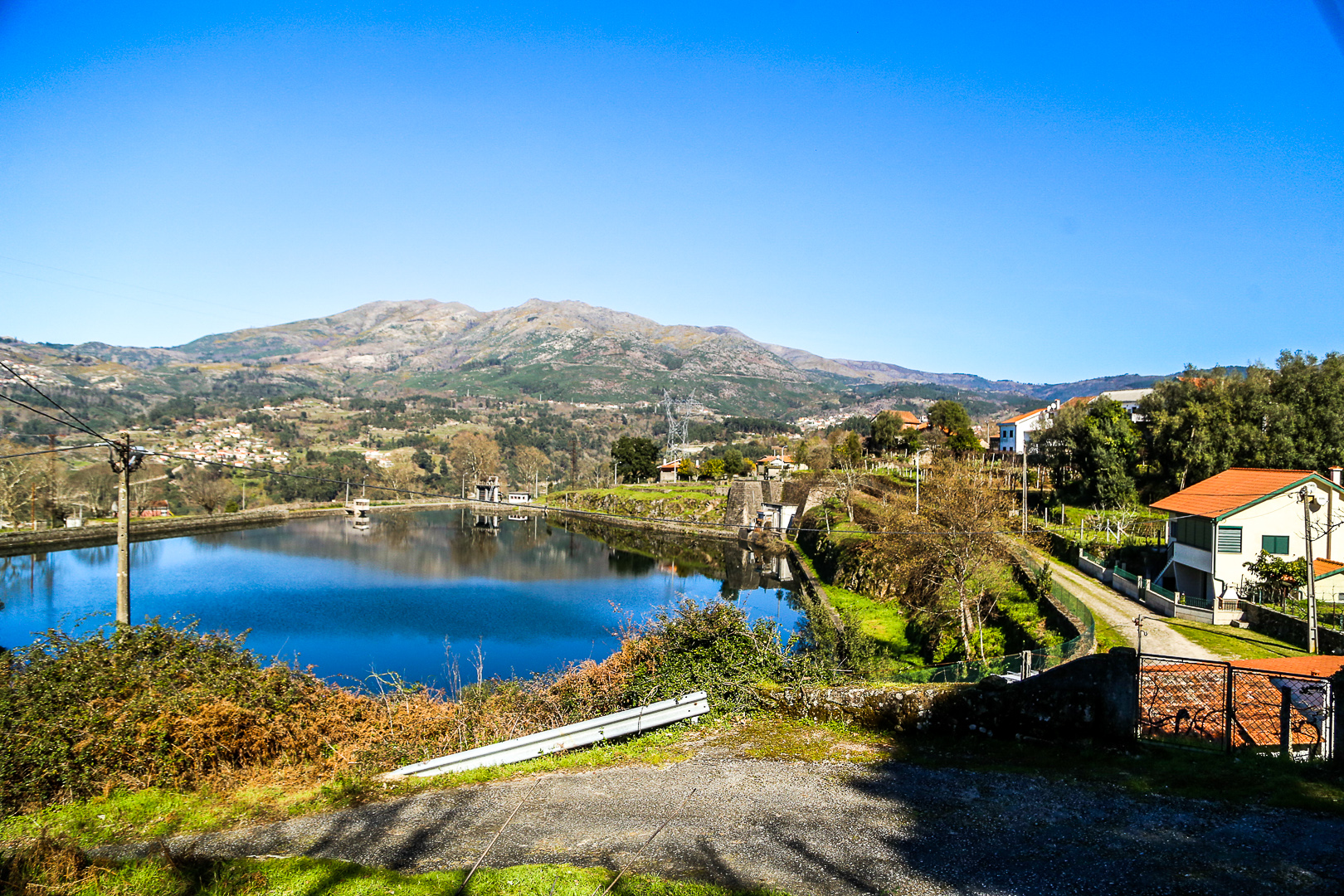 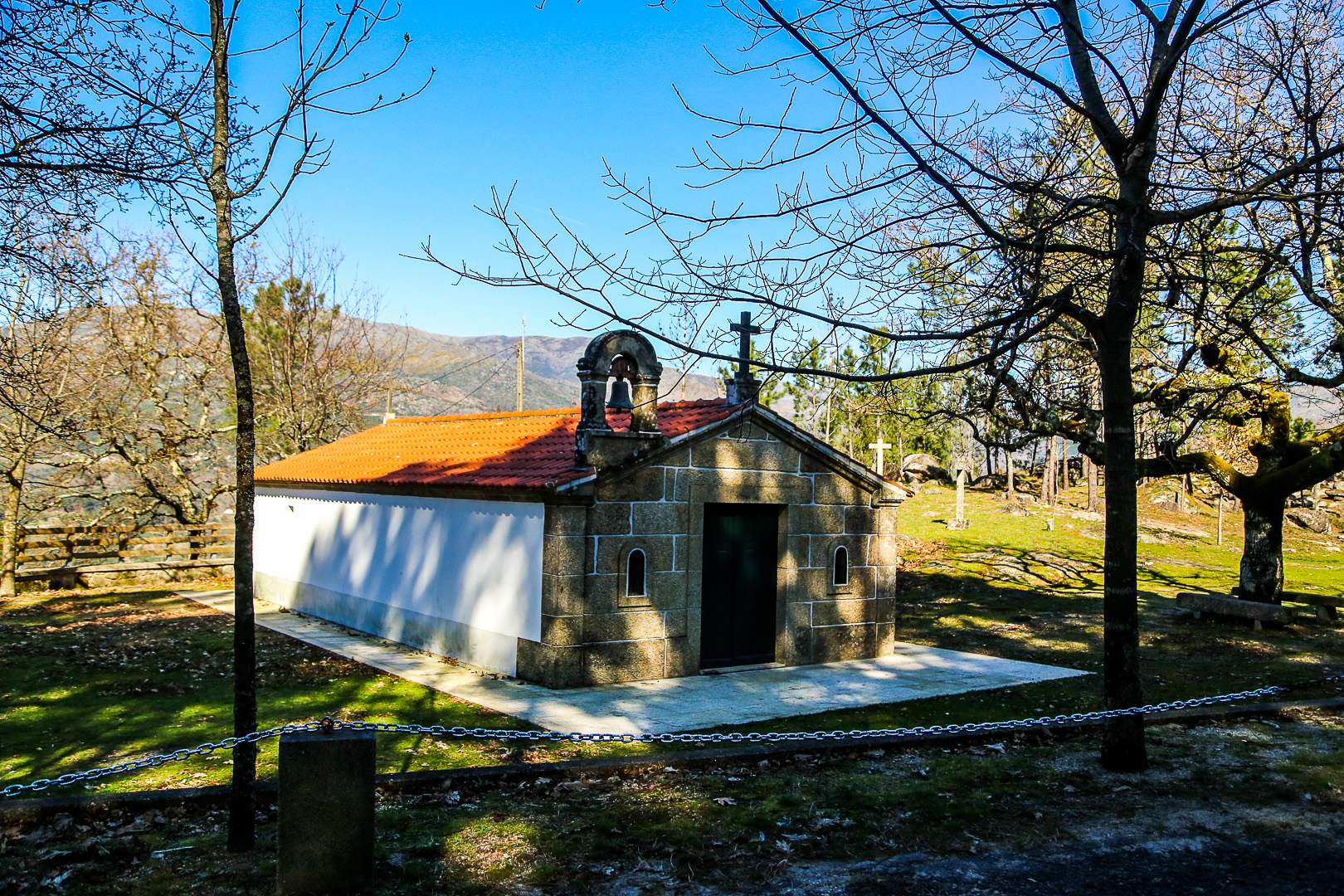 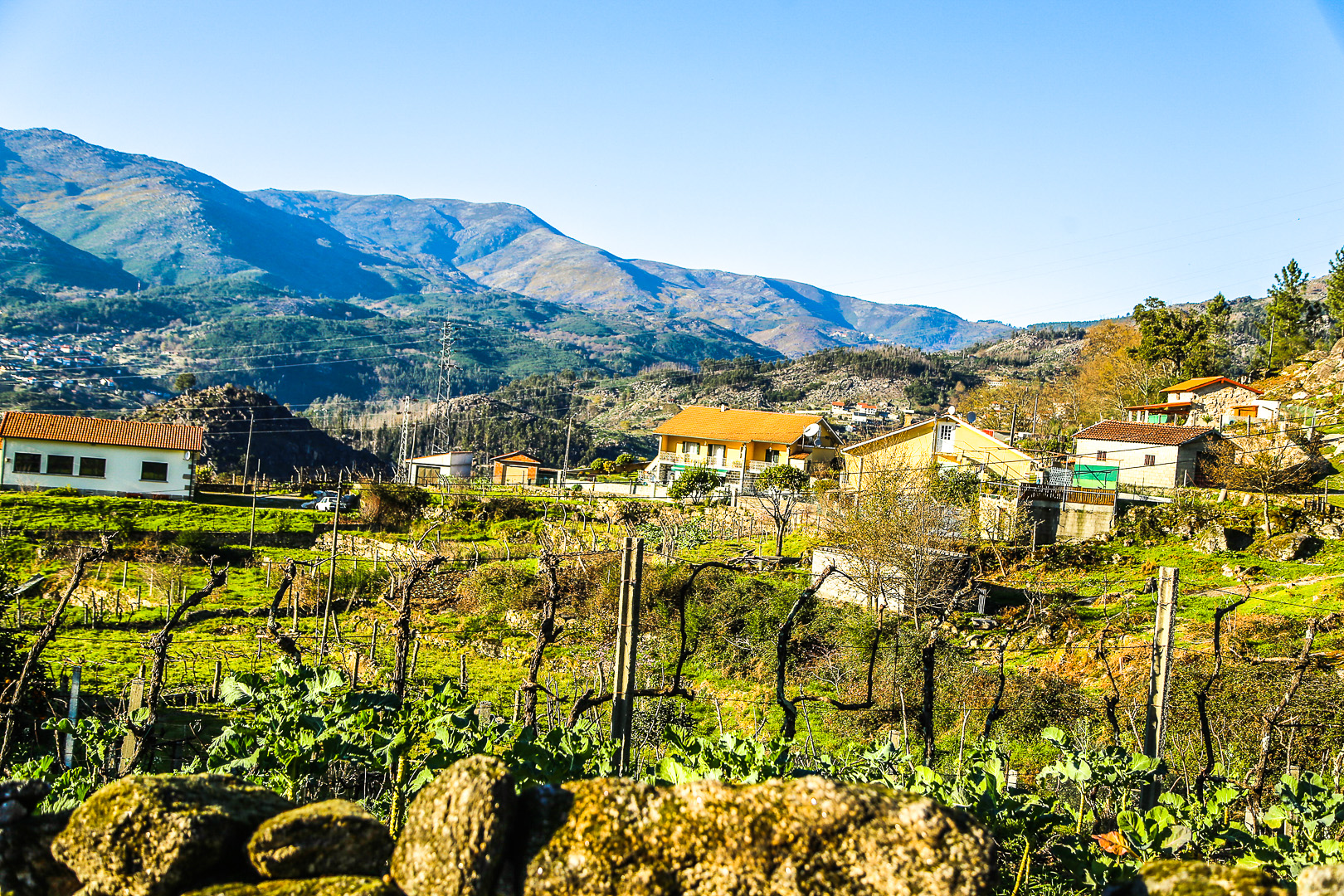 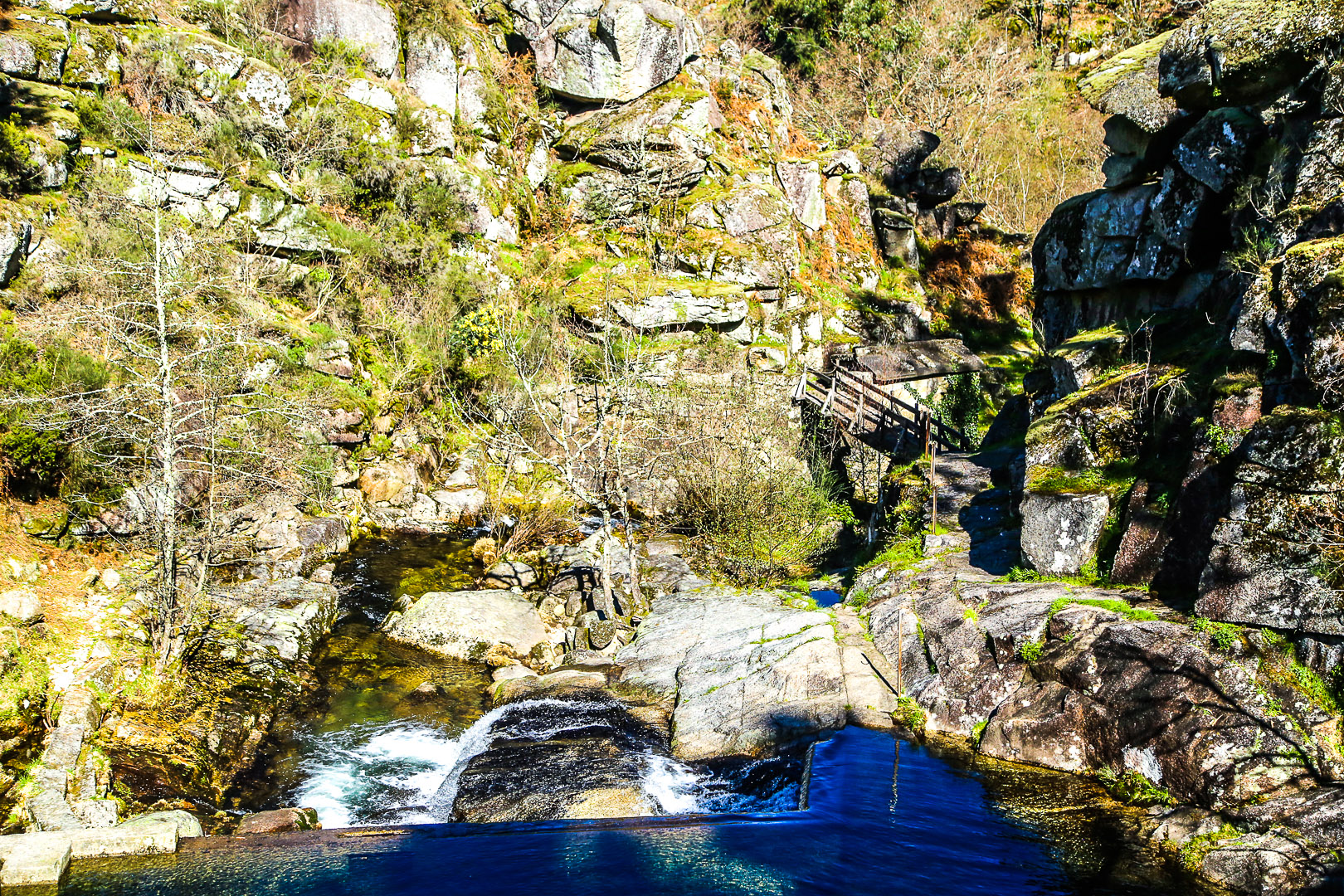 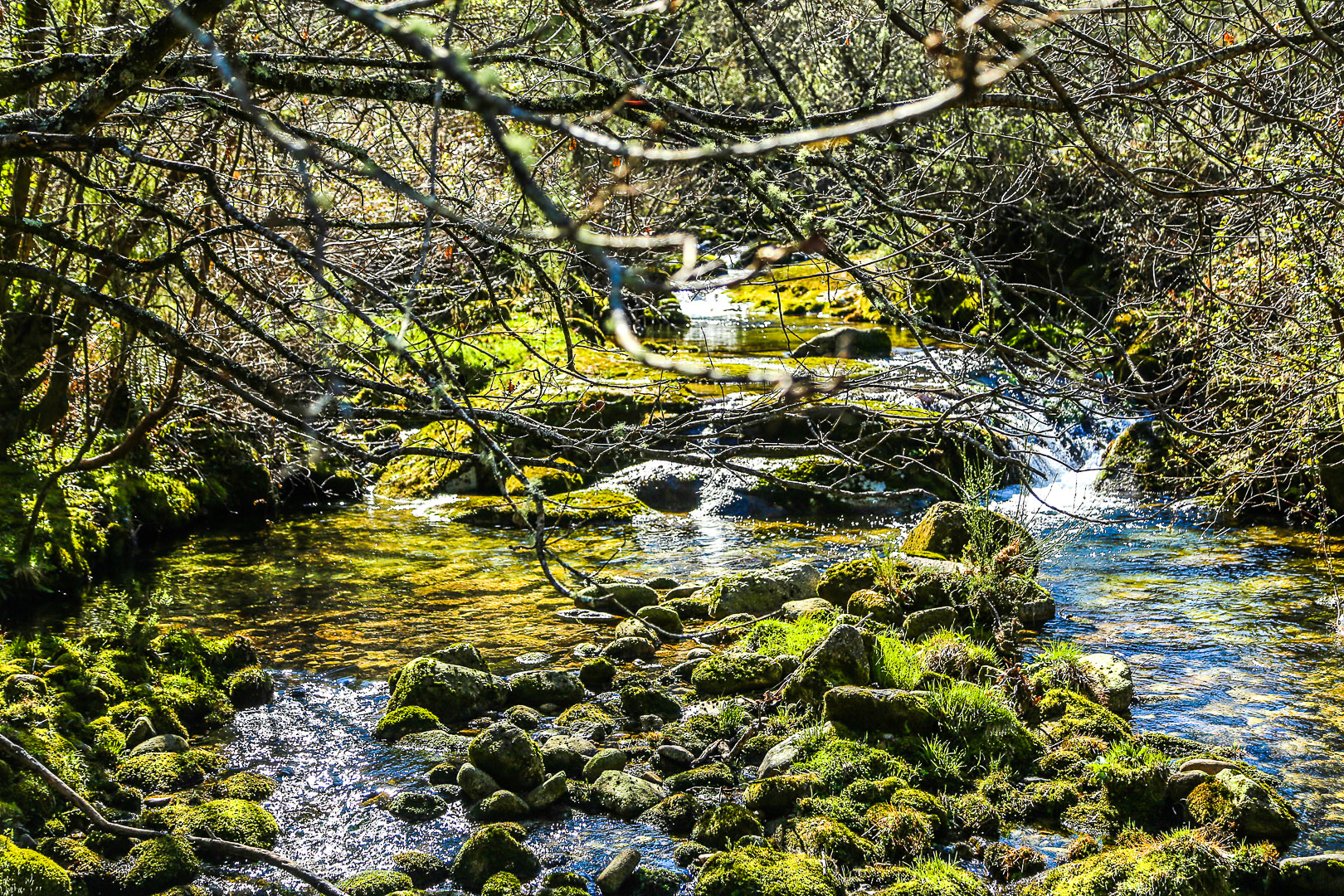 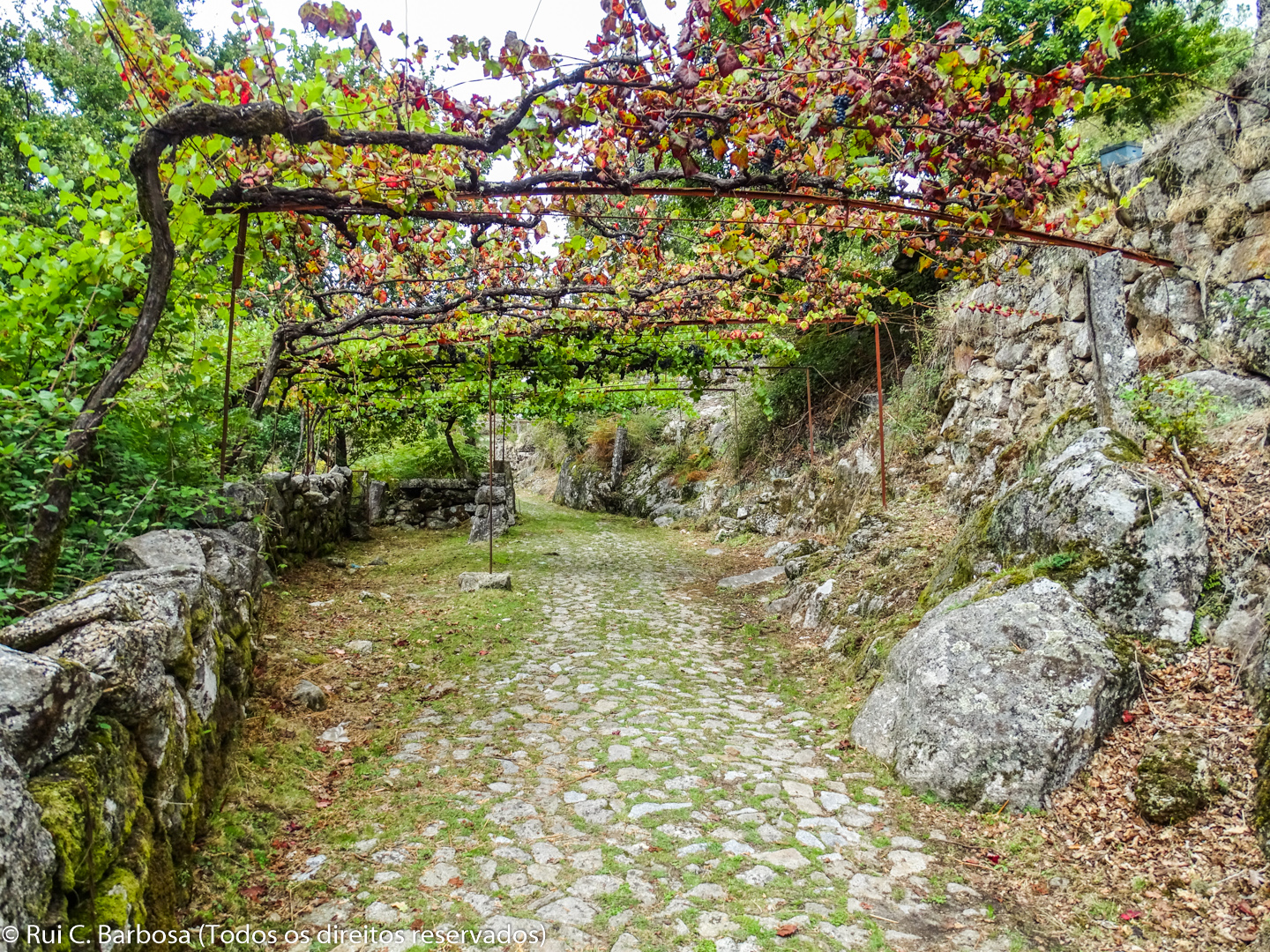 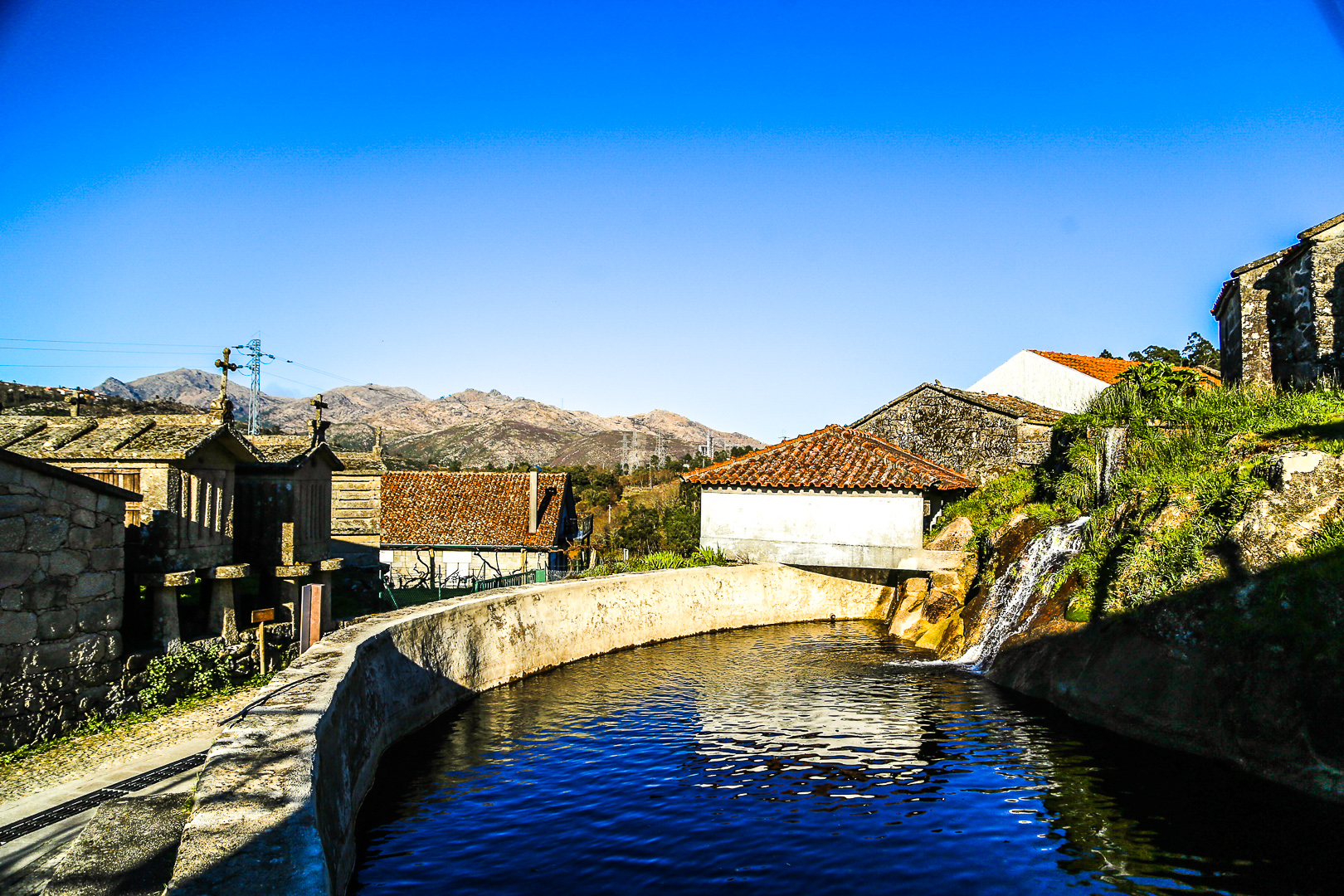 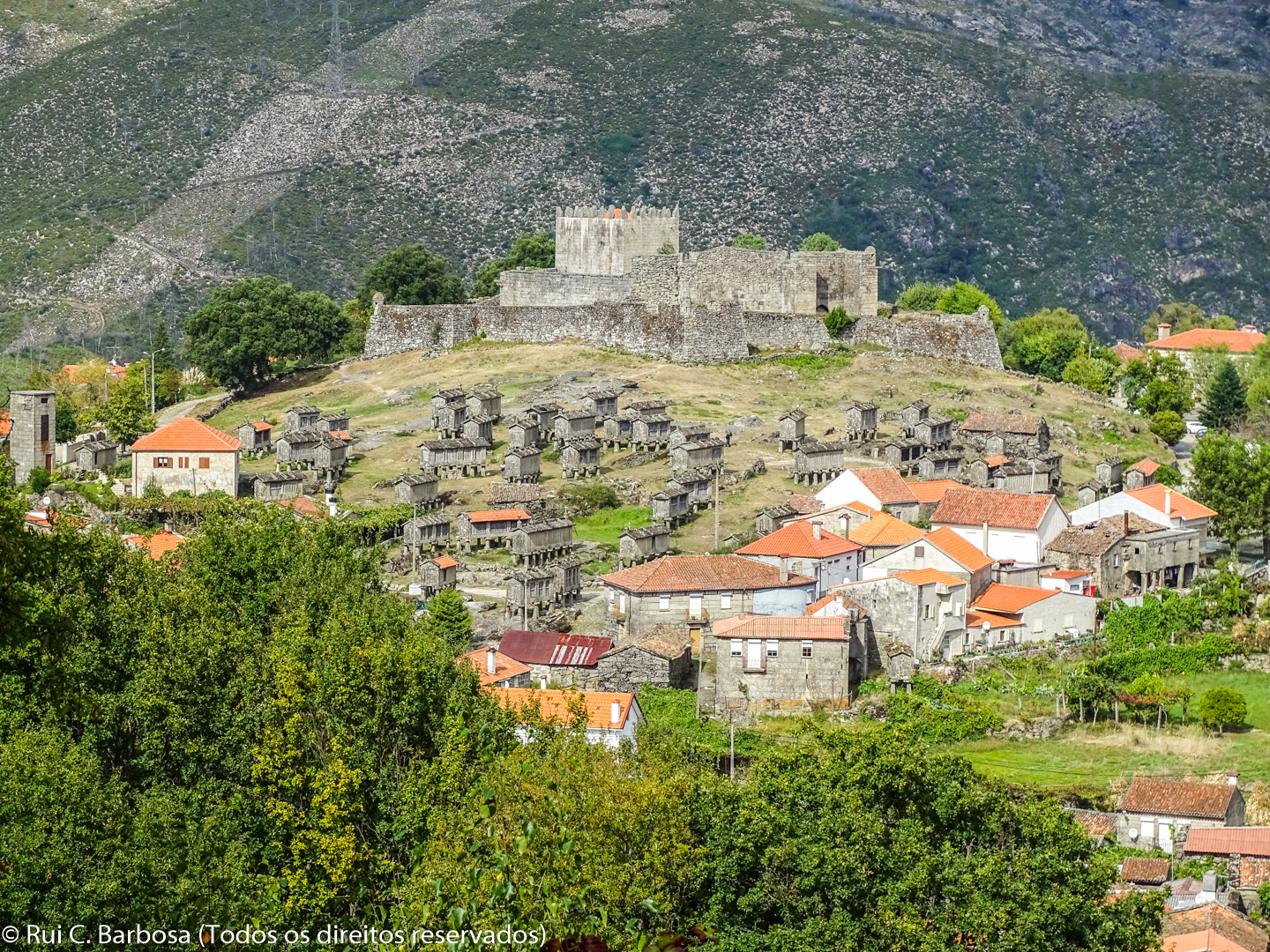 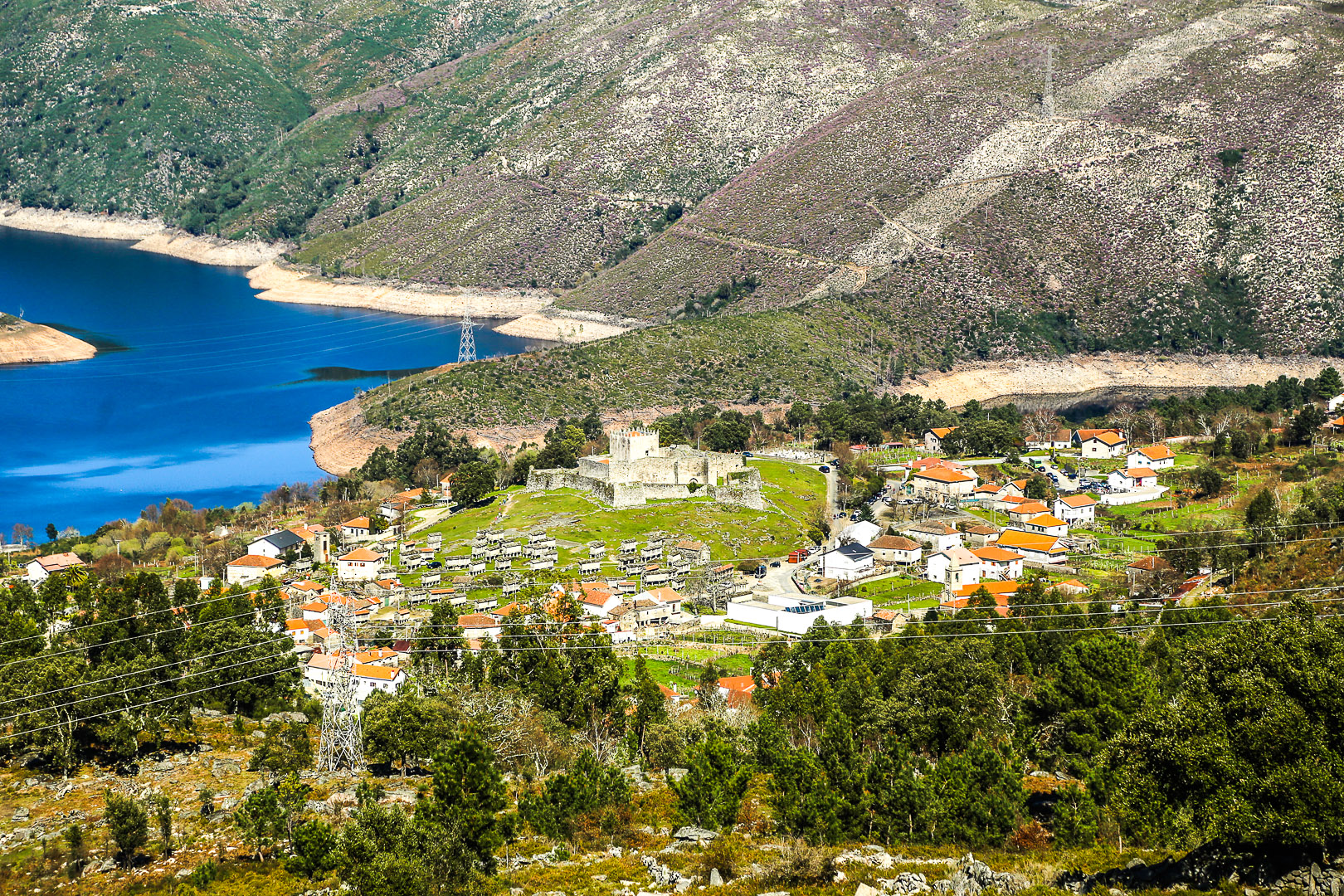 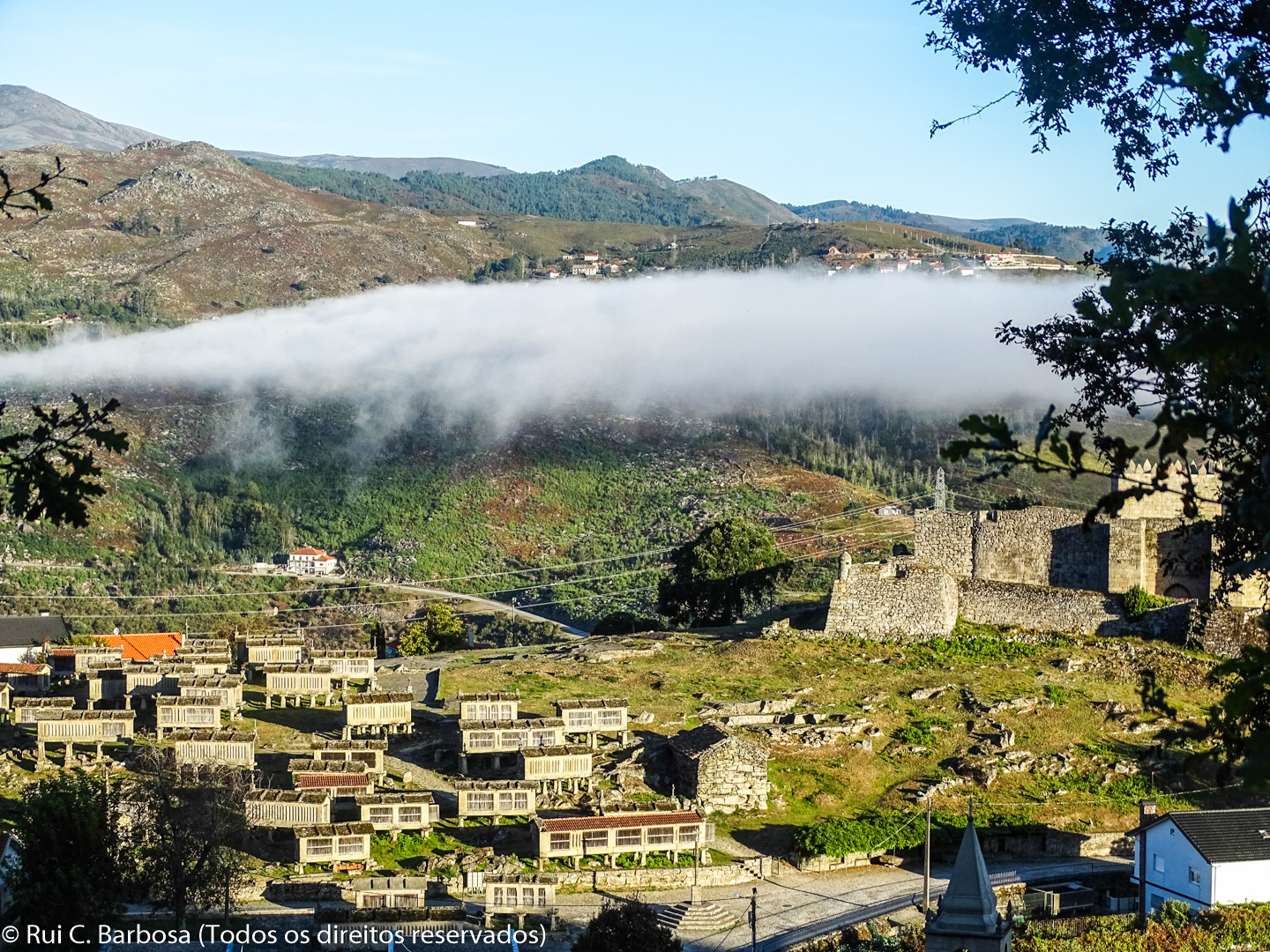 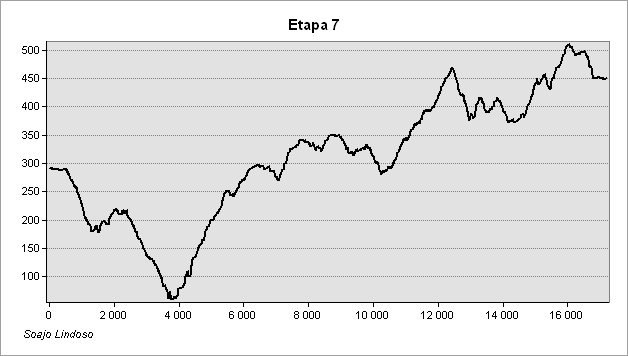